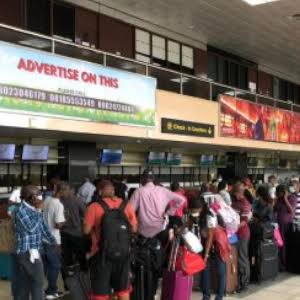 A political activist and former Deputy National Publicity Secretary of the All Progressives Congress (APC), Comrade Timi Frank, on Thursday, accused the Major General Muhammadu Buhari-led administration of gross insensitivity to the pathetic plight of Nigerians stranded abroad due to the COVID-19 pandemic.

Frank in a statement in Abuja, insisted that a situation where the recent 256 Nigerians evacuated from the United Arab Emirates were made to pay for their flight tickets shows a government that is past caring for its distressed citizens.

The Bayelsa-born political activist, said it is unbecoming for a supposed democratic government to turn a deaf ear to the agonizing cries of its trapped citizens wherever they may be across the globe, especially at a time of extreme stress.

He lamented that the Federal Government is about to mete a similar wicked treatment to other Nigerians stranded in the United Kingdom and China by asking them to pay for their flight tickets if they want to return home.

“Apart from the grievous ordeal Nigerians stranded in China have undergone in the hands of the Chinese security forces, the Federal Government through the Minister of Foriegn Affairs, Mr Geoffrey Onyeama, has told them that their return tickets are no longer valid and that they have to cough out N700,000 if they want to return home.

“This is double jeopardy! No Nigerian should be treated like a slave or an alien by his home Government. Where is the pride of being a Nigerian?

“A government that cannot fulfill its first constitutional obligation which is to guarantee the welfare and security to its citizens, especially those that have been caught up in faraway lands by a global pandemic is no longer worthy of that appellation.

“When the French, American and UK Governments evacuated their nationals from Nigeria, they did not ask individuals to pay for return flight tickets.

“They conveyed them freely back home because they know that they owe their citizens an obligation to extricate and bring them home whenever they are faced with imminent danger abroad.

“Why is Nigeria crying of paucity of funds to render a Constitutional duty to innocent citizens caught up in an emergency in foreign lands with all the money it has received from individuals and corporate organizations as palliatives to mitigate the harsh effects of the national health emergency?

“Besides, the 256 evacuees from Dubai on Wednesday would still be there due to lack of hotels or conducive space to quarantine them for the mandatory 14 days on arrival but for the Lagos State Government that decided to shoulder that responsibility.

“This Government needs to wake up and at least treat Nigerians decently. Leaving Nigerians to turn beggars abroad as a result of the pandemic is not only a national disgrace but a display of monumental incompetence.

“It is shameful for the Minister of Foreign Affairs to claim that ‘palliatives are really destined for Nigerians here in Nigeria.’

“Does that mean that Nigerians endangered in diaspora having been cut off by this pandemic become less Nigerian and therefore unworthy of help in the thinking of the Federal Government?”

He insisted that it is the sole duty of the Federal Government to display needed empathy by genuinely helping stranded Nigerians to seamlessly return home during this global war against an invisible enemy.

He added that the National Assembly must for once “jettison its rubber stamp toga and strictly monitor all anti-pandemic programmes already initiated by the Federal Government to ensure that the war chest already amassed against the Coronavirus pandemic is transparently administered.”