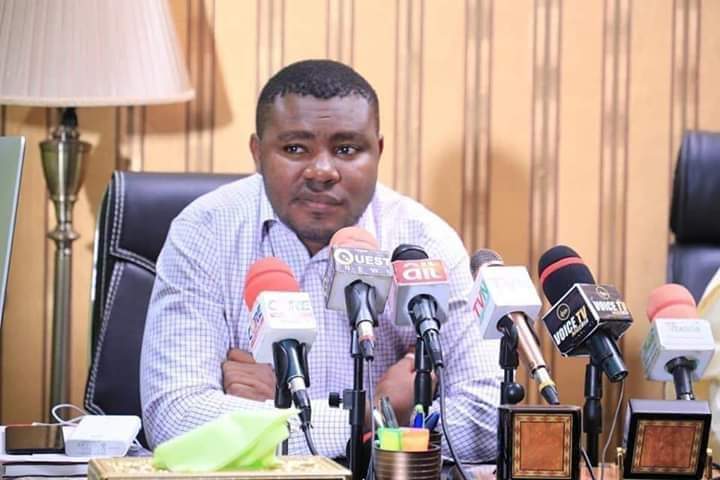 The efforts of the Service Chiefs at ending insurgency in Nigeria have been commended by Philip Agbese, a Middlesex University London trained human rights lawyer and security expert.

Phillip Agbese who is also the President of the pan-Nigerian group, Nigeria First, spoke with select journalists on the sidelines of the occasion of the 2021 Armed Forces Remembrance Day celebrations in Lagos. He stated that Nigeria has indeed made substantial progress in the prosecution of the war against insurgency in the country and contributed immensely to the global war against terrorism .

” The 2021 Armed Forces Remembrance Day is indeed a time to reflect on the sacrifices of our soldiers in preserving the territorial integrity of the country, and there is no doubt that the Boko Haram insurgency has indeed brought to bear the invaluable role of the Armed Forces in keeping Nigeria safe and secured for all. ”

He further added that Nigeria had made substantial progress with the present crop of Service Chiefs’ efforts in the country.

“The efforts of the present Service Chiefs have been outstanding so far, and this is largely responsible for the numerous gains that have been recorded in the prosecution of the war against insurgency in the country.”

“I would like to mention that the Nigerian Army, which is at the forefront of the war against the Boko Haram insurgency, has displayed a great commitment which must be acknowledged by all well-meaning Nigerians.”

The President, Nigeria First also noted that competence, character, credibility, and confidence remain the game-changer in the war against insurgency.

“We must admit that there was a time where the Boko Haram insurgents ran riot and took over local government areas in parts of North-East Nigeria. That was also a period where the leadership of the Armed Forces was at its lowest.”

“That there is a turnaround in the fortunes of the country is not by accident, but rather a function of sound leadership provided and the Nigerian Army comes to focus under Lt. Gen. Tukur Buratai who led by example in addressing the threats posed by the Boko Haram insurgents.”

“Lt. Gen Tukur Buratai has no doubt redefined the rules of engagement through measures that emphasized competence, strength of character and confidence that indeed boosted the morale of the troops in the prosecution of the war against Boko Haram insurgency in the country.”

“As we all know, there is no Nigerian territory that is under the control of the Boko Haram insurgents, and we are all witness to the fact that the activities of the group have been restricted to the fringes of the Lake Chad Basin region.”

When asked if there is a need to rejig the operational strategy towards ending the Boko Haram war in the country, he stated that current Service Chiefs are mentally prepared to end Boko Haram insurgency.

“For those of us in the security sector, we have followed with keen interest the operational strategies deployed by the Armed Forces and I dare say, it is top-notch and yielding the desired results. If this is not the case, I am sure the Boko Haram insurgents would have run over Nigeria going by the sophistication of their operations and the numerous external support they have been receiving locally and internationally.”

“This is a function of leadership. Like I mentioned earlier, the Chief of Army Staff has indeed distinguished himself in this regard. His strength of character is infectious, and the confidence with which the Nigerian troops display in battle is also worthy of commendation.

He further added that if the current tempo is sustained, the war against Boko Haram insurgency would be a thing of the past by December 2021.

“I am of the considered opinion that the mental preparedness of the present crop of Service Chiefs in leading the war against insurgency is excellent. We should do well to analyze issues objectively. And not until we do that we would still be carried away by the mischievous narrative and propaganda been peddled by associates of the Boko Haram insurgents under various nomenclatures in the country.”

“We must also have at the back of our minds that there are conspiracies against the efforts of the Armed Forces and despite this fact, successes have been recorded in ways too numerous to mention.”

He advised Nigerians to extend their support to the Service Chiefs’ efforts in the final push for the decimation of the remnants of the Boko Haram insurgents.

“We all have a role to play. We cannot afford to continue to join the bandwagon of those mischief makers against the country’s interest. We must extend our support and see to the end of the Boko Haram insurgents in the country. As for the Service Chiefs’ mental preparedness, I say that they are more than prepared in this regard and the end of Boko Haram Insurgency might be in sight. This is what Nigeria needs at this critical point of our existence.”

It would be recalled that in some quarters they have been widespread criticism of the commitment and efforts of the Service Chief towards ending the Boko Haram insurgency in the country.