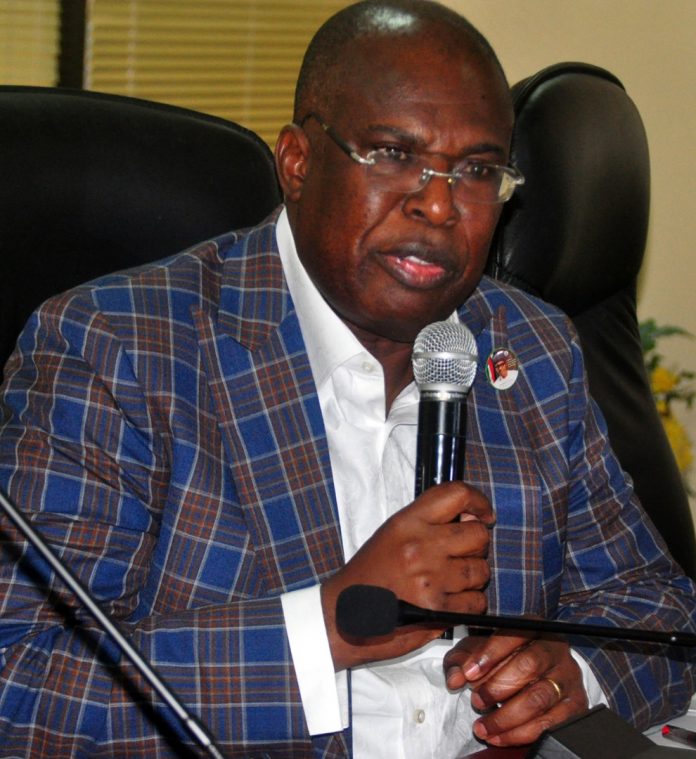 The federal government has explained its decision to fully remove subsidy from petrol, saying the country stands to rake in over ₦1 trillion annually which would be deployed to fund other critical components of the economy.

Minister of state for Petroleum and Resources, Chief Timipre Sylva, during an interview with some political correspondents Thursday in Abuja, also revealed that from next month (October) Nigerians can now convert cars using petroleum to gas, which he said will be more cheaper.

“It is time for Nigerians to face reality and do the right thing. What is deregulation going to do? It is going to free up a lot more money. At least from the very beginning it will save us up to a trillion and more every year. Already, we have taken up the budgetary provision for subsidy which is about N500 billion in the budget. Also, we have taken off the excess forex price that special rate that was given to NNPC which also came at a cost. So, all the money that we used to defend the naira at that time to subsidise the dollar will now be freed up for development.

“I believe that this discussion around subsidy has been a vexed issue that has captured the imagination of this country for a long time now. Successive administrations have attempted to deregulate. But sometimes, some administrations lacked the political will and at other times, the time was not good for it. And why did I say the time was not good for it? Does that imply the time is good for it now? The problem around deregulation is that people must understand first, that the product we are talking about is a derivative of crude oil. It is refined from crude oil. Therefore, it has a direct relationship with the price of crude oil. If the price of crude oil goes up, then you expect that it would reflect in the price of the derivative.

“So, the best time to achieve this we looked at was the time when crude oil prices are low so that Nigerians will get the benefit of those low prices. In March, when we announced the deregulation, the prices were low and that advantage was transferred to the consumer. So, we brought down the price of petrol. The unfortunate thing is that when we brought down the price of petrol, nobody reacted in the market place. The prices were the same. Nobody reduced their prices because price of petrol had reduced. Even bus fares, taxi fares were the same. It did not go down when we reduced the pump price of petrol. We thought that those people in the market; the transport drivers and transport owners would reduce their price. But nobody reduced their prices. But anytime there is even a kobo increase in the pump price of product, you see that people will increase their prices triple fold and four fold.”

On the plan to roll out car conversion next month, the former Bayelsa state governor said: “To give it (Deregulation) a human face, we are introducing an alternative fuel. We are giving auto gas. Gas will now become a fuel for our cars. This programme will be rolled out within the next one month. So, if you go to a filling station and you convert your car to dual capability or dual fuel, then you drive into a typical filling station you will find gas LPG, you find CNG and NLG being sold. So, if you look at the price of PMS versus the price of gas and you think that gas is cheaper which of course, it is going to be cheaper.

“Gas will even be cheaper that PMS as it is today. So you see that we are also giving an alternative to the ordinary Nigerians. You now have a situation where tricycle, I pass my neighbour generators etc will convert to gas. So, you connect your gas cylinder in your house to your generator and it becomes easier for you, cheaper and cleaner. We are not just deregulating, we are also giving you an alternative to make it easier for the average Nigerians. What I want you to begin to really understand more is how you are going to transit from fuel to gas, and you will see that you will not miss much. The average transporter will probably even be better off with gas. So we are introducing it as an alternative at least to cushion the effect so that when you go to a filling station you have options. And that programmes will be rolled out within the next one month. And it is going to create a lot of opportunities and jobs. So, you see that deregulation has not taken away the human face from this government. This government is still a government of the people and by the people.”

While urging Nigerians not to listen to the antics of the opposition elements, the Minister said: “At this moment, let Nigerians not be fooled; there are people who are ready to take advantage of every situation to create anarchy and chaos. And it is this people that are at work now. Is anybody saying that this policy direction is a wrong policy direction? That is the discussion we should be having. If it is a wrong policy direction, why has every successive government attempted to do the sane thing? Because it is something that is unsustainable. Subsidy is unsustainable. Let us look at it: Subsidy means that you buy the product at a certain price and then you reduce the price and sell it at a loss to the people. It is something that is good to do. It is something that our president would like to do so much because of his love for the common man. But is it something that can be sustained in perpetuity? You get the product and sell it less at the pump. And that is not the only subsidy. You also subsidise the effects that is used to import the product. So at the end, the subsidy is going on two ways. It is like burning your candle from both ends. How long can that candle last? So in the wisdom of the President and all of us, we felt that it was time because this subsidy is something that cannot be sustained in perpetuity. It is time for Nigerians to face reality and do the right thing.

“What is deregulation going to do? It is going to free up a lot more money. At least from the very beginning it will save us up to a trillion and more every year. Already, we have taken up the budgetary provision for subsidy which is about N500 billion in the budget. Also, we have taken off the excess forex price, that special rate, that was given to NNPC which also came at a cost. So, all the money that we used to defend the Naira at that time to subsidise the dollar will now be freed up for development. And, I believe that going forward, we will begin to see a lot more developments, a lot more money available to the government that will be put into critical infrastructure instead of being burnt in our cars.”

Sylva added that the subsidy regime was very fraudulent as only a few benefitted from it at the expense of the public.

“Let us look at subsidy critically. Who are the beneficiaries of subsidy? When a few years ago you had this subsidy scam all over the place, all the monies that were taken by all the subsidy thieves and so on, how many poor people were among those people? Subsidy only provides opportunity for rich and unscrupulous Nigerians to steal and enrich themselves at our expense, at your expense. So, ladies and gentlemen, deregulation is actually a policy direction that is good for the common Nigerian”, he added.