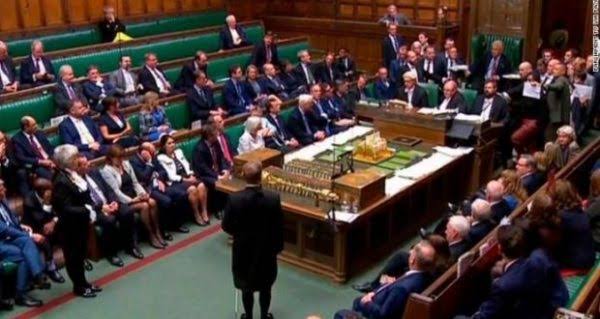 The National Democratic Front (NDF) has welcomed the United Kingdom’s parliament’s intervention on the EndSARS protests in Nigeria, describing it as confirmation of the Nigerian Army’s progress under Chief of Army Staff, Lt. Gen Tukur Buratai.

According to the NDF, the keen interest shown by the UK indicates that President Muhammadu Buhari-led administration is on the right track.

The group, in a statement signed by its National Secretary, Dr Bolaji Abdulkadir, on Friday, noted that this may not be disconnected from the improved human rights record of the troops under the COAS as well as a sustained partnership with his counterparts in the UK.

While urging the troops to continue to make itself accessible to the world and genuine partners like the United Kingdom, the NDF also implored on allies never to give in to the antics of fake news being used by external forces to destabilize Nigeria.

The group, however, called on the authorities in the United Kingdom to sanction those who engage in frivolous discussions with ulterior motives meant to mislead and cause disaffection amongst nations.

The National Democratic Front is issuing this press statement in light of the recent debate by parliamentarians in the United Kingdom Parliament with regards to the state of affairs in Nigeria and concerning the EndSARS protests.

The National Democratic Front appreciates the concerns and interventions of the United Kingdom been an ally of Nigeria in the global scheme of things. This fact is indeed buttressed by the close affinity between Nigeria and the United Kingdom.

We are also appreciative of the fact that events in Nigeria have elicited the interest of the United Kingdom Parliament that eventually culminated in the debate to put issues in proper perspectives with regards to the EndSARS protests and the events surrounding the violence that erupted afterwards.

It is the considered opinion of the NDF that such critical engagements should be sustained given that specific parameters are met, and the sovereignty of countries are not eroded for whatever reason and under any guise. We also believe that such engagement should be based on facts and the highest level of diplomacy.

The UK government has demonstrated that it has much confidence in the democratic ethos and norms of our dear country as being practised under the administration of President Muhammadu Buhari and cannot be swayed by the enemies of Nigeria.

The NDF wishes to put it on record that indeed some vested interests are out to undermine the efforts of the Nigerian government in addressing the security challenges in the country through the propagation of unsubstantiated information in the public domain, especially with regards to the violation of human rights by the security agencies in Nigeria.

The NDF wishes to inform members of the general public that the recent partnership between the Nigerian Army and the military of the United Kingdom are clear testimonies that the authorities in the United Kingdom have taken reasonable notice of the improved human rights record of our military under the leadership of President Muhammadu Buhari which has translated to the numerous visits to the United Kingdom by the  Chief of Army Staff, Lt. Gen. Tukur Buratai to engage other world leaders on the war against insurgency.

It is also on record that the Chief of Army Staff in Nigeria has on numerous occasions been rewarded with awards in the United Kingdom for the success recorded in the prosecution of the war against terrorism in Nigeria. A few of such awards are by the Anti-terrorism Accreditation Board (ATAB) and Global Risk International United Kingdom, where the Chief of Army Staff was awarded the Pave The Way Award for exceptional bravery and peacebuilding in Nigeria and the Lake Chad region under Multinational Joint Task Force which are focal points of DAESH/ISIS.

The second award is – The Certified Master of Anti-terrorism Specialist Award. According to the organizers “Lieutenant General Tukur Yusufu Buratai is the first African to get this award”. The National Democratic Front sees these awards as notable and in recognition of the selfless services of the Chief of Army Staff, Lt. Gen. Tukur Buratai.

Whilst we salute and call our military leadership to continue to make itself accessible to the world and genuine partners like the United Kingdom, we also implore Nigeria’s partners never to give in to the antics of fake news being used by external forces to destabilize Nigeria.

We are by this medium calling on the authorities in the United Kingdom to place a financial tag on those who engage her in frivolous discussions with ulterior motives meant to mislead and cause disaffection amongst nations.

We also call for sanctions were not necessary and equally discipline those that intend to take undue advantage of her democratic culture. It is our considered opinion that this would go a long way in serving as a deterrent to individuals and groups with mischievous intents.

The NDF consequently views the recent report by the Cable News Network as one of such instances where the Nigerian Army has been targeted for public ridicule and condemnation.