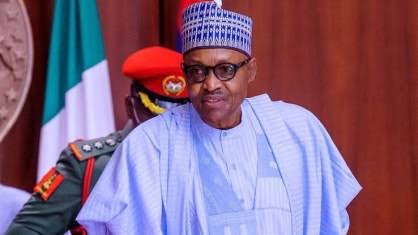 The European Union in a statement by Joseph Cullen, Special Rapporteur, Lake Chad, West Africa, said the release of the students is a deserving relief to see that everything ended without bloodshed.

According to Cullen, measures must be put in place to ensure that such actions do not repeat itself again.

”The abduction had sent shockwaves across the entire international community because of the similarities it shared with the kidnap of the schoolgirls in a secondary school in a town of Chibok in Borno State of Nigeria which took place on the night of Monday, the 14th day of April 2014 under the previous administration.

”EUHRF commends President Muhammadu Buhari and the Armed Forces of the Federal Republic of Nigeria for this cheery outcome even as it is now apparent that measures must be implemented to ensure such actions do not occur in the first place. This will ensure that the priority that President Buhari gives to matters pertaining to women and children continues to remain in place since these are vulnerable people that must be given extra protection in view of the complex security situations that Nigeria is having to deal with owing to an unhealthy mix of internal, external, state and non-state factors that Nigeria is contending with.

”We commend President Buhari for the swiftness and efficiency with which the lads were rescued from their abductors. Such swiftness would have made all the difference had such occurred in 2015 when school girls were similarly abducted from their school in Chibok, Borno state. It is commendable that critical time was not lost in returning the school boys back to their families.

”EUHRF’s one major concern from the entire incidence is the tenacity with which some key players wanted to chalk up the abduction as credit to Boko Haram, which had criminally claimed credit for the development that it knows nothing about. This goes to confirm the concerns that some indigenous groups had expressed in the past that there is much of political coloration to the security breaches in Nigeria”, the organisation said in a statement.

Cullen said the EUHRF is committed to lending support in any way possible for the government to deal with terrorist propaganda that encourages those with criminal intentions to commit these kind of acts.

The organisation expressed shock that at the result Nigeria was able to achieve in dealing with the situation before external support could be factored in.

EUHRF further commended other stakeholders in Nigeria who made the feat possible.

”The outcome could not have been possible without President Buhari providing the needed leadership but the collaborative inputs of the other layers of the government is remarkable. We therefore commend the Governor of Katsina State, Aminu Bello Masari and the Nigerian Army for their valiant and cooperative efforts towards ensuring the release of the schoolboys.

”It is imperative that Nigeria now gets similar support from governments of the world in order to deal with a problem that has manifested its spread across national boundaries. The evil menace of insurgency that the abductions were meant to feed must be urgently addressed by stakeholder-nations so that those who plot to gain from this kind of criminal enterprise would know that they have no future.”