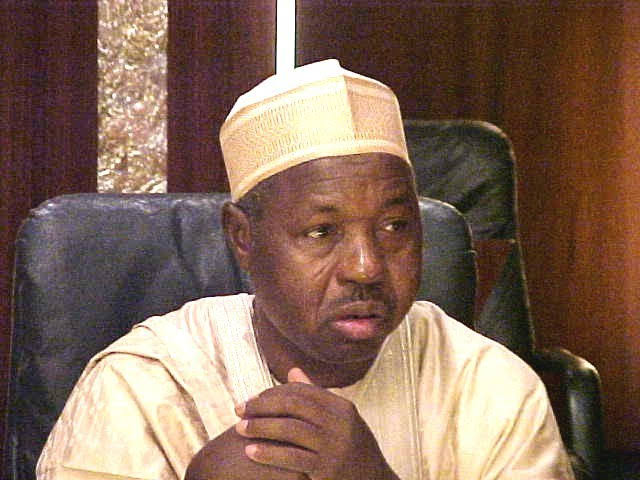 CLAIM: A Kaduna-based businessman and indigene of Katsina State, Mahdi Shehu claimed that the Katsina State Government under governor Aminu Bello Masari has spent N52.6 billion under the guise of security in the state.

VERDICT: Careful scrutiny of documents show that the claim is unsubstantiated. Documents adduced to support the claim have doubtful authenticity. The claim is therefore largely FALSE.

EXPLANATION: Mahdi Shehu has lately made a name for himself as the fiercest critic of Katsina State Government and some officials of the state. He routinely brandishes documents purporting to show alleged financial malfeasance and illegalities committed by the Aminu Masari-led administration. Mr Shehu does this through audio and video clips circulated on platforms such as WhatsApp and by releasing purported documents to back up his claims.

In July, The Guardian newspaper first reported his most sensational claim yet; the allegation that the state government has squandered N52.6 billion on security. This caught the attention of people from Katsina and beyond and has led to claims and counter-claims on both sides.

On September 4, demonstrators besieged the Kaduna State headquarters of the State Security Services, SSS, to protest Mr Shehu’s invitation and questioning by the security outfit.

Daily Nigeria Check revealed that the businessman was invited to answer to the weighty allegations he raised against individuals who he alleged to have partaken in what he called theft of the state’s resources. Among those he mentioned was the Chief of Army Staff, Lt. Gen. Tukur Buratai.

In view of drop in monthly subventions, the figure mentioned by Mr Shehu, N52.6 billion, is a jaw-dropping figure to have been spent on security even for a state battling with security issues like Katsina. Katsina state is one of the most hit states by banditry in the northwest, which created humanitarian crisis as marauding armed men moved from one village to another terrorising villagers and kidnapping innocent citizens. It was a new experience for a once tranquil state.

To be sure, while security is under the Exclusive List of the Nigerian Constitution, meaning that it is the prerogative of the federal government, states contribute a huge chunk of their resources in financing aspects of federal forces such as the police and armed forces, in the name of security.

State governors have complained about how the burden of provision of operational vehicles and other logistics by the police and military increasingly fall on them. This eats deep into the fortunes of states even at a time when available resources get leaner.

A careful scrutiny of the documents being circulated by Mr Shehu show a strait jacket pattern; memo after memo requesting money in the name of security ostensibly from the office of the Secretary to the Government of the State. The so-called memos direct that the monies be paid from the state government’s Security Escrow Account. All the memos are allegedly from the Department of Budget and Economic Planning and signed by one Bature S.N. Danlami.

FACT ONE: Contrary to claims by Mr Shehu in his interviews and documents in circulation, available records show that the state government’s Security Escrow Account is NOT in Fidelity Bank. The Fidelity Bank account number being bandied as the security account is actually that of a new account opened in June to collate payments from sale of auctioned government assets. The statement of that account obtained show that there has NEVER been a debit on the account.

FACT TWO: The purported releases obtained from Mr Shehu for the alleged security expenditure all carry the same stamp of authority; the two signatures of one Bature S.N. Danlami. Curiously, however, the two signatures are identical in all the circulated documents. This raised the biggest credibility question for what is expected to be the proof of the weighty allegations. There is serious improbability, or indeed impossibility, for anyone to sign a document exactly the same way, over the course of three years (2018 to 2020), as Mr Shehu claims.

FACT THREE: Available documents obtained by this newspaper show that what the government spent for purchase of operational vehicles for security agents, logistics support and allowances as support for over five years is actually N5,085,714,929. The breakdown of the amount, which is sighted by our reporter show that the highest spent for a year was N1,279,354,170 in 2019, which the year the state witnessed highest escalation of attacks from the armed bandits, leading to major military operations to root out the miscreants.

CONCLUSION: It is evident from the foregoing that the allegation of the N52.6 billion said to be spent on security is not true, going by the analysis of the claimant’s statements and documents in our possession.