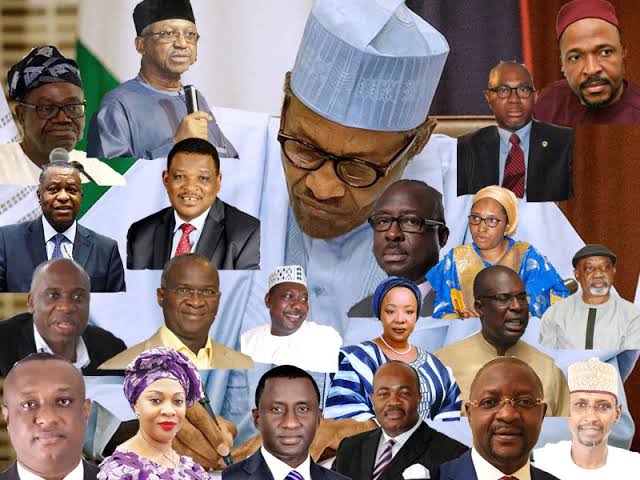 According to an interim scorecard by Transparency Watch, her counterparts in the Ministries of Transportation and Youths & Sports, Rotimi Amaechi and Sunday Dare are second and third respectively.

In the report signed by its President Barrister Maxwell Gowon, on Sunday, Transparency Watch disclosed that the ministers were graded on organizational strength; performance of agencies under the purview; impact on the lives of the people as well as transparency and accountability.

“In the assessment of organizational strength, of all the ministries reviewed, the Minister of Humanitarian Affairs, Disaster Management and Social Development came out tops with a score of 9/10 due to its effective organization of the various interventions of government through the National Emergency Management Agency (NEMA) the National N-Power Initiative, National Home Grown School Feeding Programme, and the Conditional Cash Transfer Programme,” the report said.

“It was identified that these intervention programmes are implemented nationwide. As such, the Honorable Minister of Humanitarian Affairs, Disaster Management and Social Development were able to ensure effective implementation of these interventions across the country in a most transparent fashion that is mainly responsible for its successes.

The report further revealed that in the assessment of agencies, those under Hajiya Farouq have been the most active in terms of the fulfilment of its mandate to the people.

“It consequently scored 8/10 in the assessment of the performances of agencies. Other ministries were average in the performance of agencies under their purview with the bottom position going to the Federal Ministry of Labour and Productivity that has been characterized by infighting between the minister and heads of agencies in the ministry”.

“It was also observed that the ministry had achieved 65% implementation of her programmes. This was closely followed by the Ministry of Youth and Sports Development as well as the Ministry of Finance, and the Ministry of Communications and Digital Economy.”

In terms of transparency and accountability, the report, however, said the Humanitarian ministry was tied with Ministries of Finance, Communications and Digital Economy.