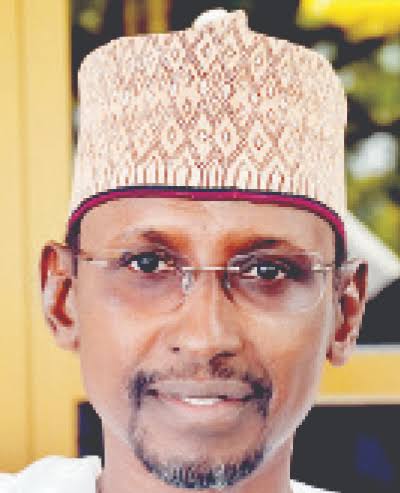 Five staff of TheNigerian News Group working in one of the platforms, Television Nigerian, Pricilla Ajeshola, Jacob Orji, Abayomi Adedoyin, Peggy Shande and David Gold Enemingin were on Friday arrested, detained and paraded by the FCT Police Command on Saturday on the instruction of the Honourable Minister of the Federal Capital Territory as persons attempting to cause panic in the nation’s capital.

These innocent citizens were illegally arrested around the Wuse District Hospital, where they were gathering materials for a special report on Lassa fever and Coronavirus.

We made every attempt to persuade the police who saw reasons for amicable resolution of this with the affected authorities.

Unfortunately, the Honourable Minister refused to yield to every plea as his staff insisted on parading these patriotic citizens like common criminals.

This repressive attack on the media was ostensibly an attempt to suppress facts as to the FCT administration’s handling of the outbreak of Lassa fever and Coronavirus that have put the world and citizens all over the country on alert.

The decision of those behind this humiliating episode to go this route of repression and maligning of the journalists is most unfortunate since TheNigerian News is not in the practice of undermining the country, our strict consideration of national interest is a cardinal principle for our organisation and staff all over the world. A visit to our websites and social media handle will all present this fact if these overzealous agents ever cared to check the facts before embarking on this shameless acts against our staff.

If the authorities had issues with the mode the journalists went about gathering materials for their report, the logical thing to do was to correct them as opposed to taking the repressive measures that now strongly suggest that residents of Abuja are being lied to in the territory’s status in relation to the Lassa fever outbreak or the even the deadly CoronaVirus.

Contrary to what the Police or any other person wants to say, TheNigerian News in its three years of existence has only promoted the image and reputation of our country and never involved itself in spreading falsehood.
We demand that the police immediately retract its stand on our arrested staff because they are journalists who were going about their duty to sensitize the general public about the Lassa fever epidemic across the country.

As a law abiding organization populated by responsible citizens, we will consult widely and take all necessary actions in line with our company policy and vision statement. We urge our readers and viewers to remain calm and not be dissuaded by this unwarranted provocation aimed at making us drop our pro-Nigeria stance.

The launch of our radio as earlier announced will still take place on the set date.