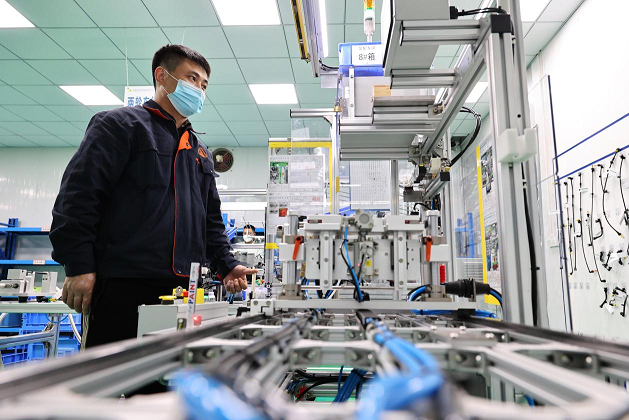 I have been to China more than 100 times and forged an unbreakable bond with the country.

In 2013, I was granted Honorary Citizenship of Xi’an, which was a recognition of my efforts in deepening the friendship between Oldenburg of Germany and Xi’an, northwest China’s Shaanxi Province, and promoting Germany-China friendship. I was truly honored to receive it.

I like to experience a country by public transport. When I first came to Beijing and Shanghai, both cities had only two subway lines. Nowadays, the rail transit systems in the two cities are far-reaching and efficient.

In 2016, I traveled from Beijing to Shanghai by high-speed train. The journey took less than five hours and the train was very punctual and comfortable. China has also built many modern airports. I think the constantly improving transportation infrastructure in China is an epitome of its rapid development.

Under the leadership of the Communist Party of China (CPC), China has successfully found a development path that suits its national conditions.

Over the past more than four decades since reform and opening up, China has lifted over 700 million impoverished rural residents out of poverty, which is undoubtedly a great achievement in the poverty reduction history of mankind. The living standards of the Chinese people have kept rising and the size of Chinese middle-income earners has exceeded 400 million.

Statistics from China’s Ministry of Commerce showed that the EU’s overall investment in China rose by 123.7 percent year on year from January to August 2022. Statistics from the Eurostat also indicated that in the first half of 2022, China remained the largest trading partner of the EU.

The Germany-China economic and trade cooperation has been running at a high level and enjoys potential for further progress. The two countries have rich experience, advanced technologies and strong innovation capabilities in environmental protection, embracing broad prospects for relevant cooperation.

I still remember clearly that during an event held in March 2009, the then Chinese Ambassador to Germany told me that China attached great importance to sustainable development. In recent years, China has taken solid efforts in ecological environmental governance, and has embarked on a fast track of green development.

As the second largest economy in the world, China’s adherence to sustainable development is of great significance to the world. I believe that China will become a global forerunner in more and more green industries. In the future, Germany and China can strengthen cooperation in hydrogen power, solar power and wind power, and jointly promote the global green transition.

The 20th National Congress of the CPC is of great significance to the future development of China and has garnered worldwide attention. The event achieved fruitful results and I look forward to more contributions made by China to the common development of all countries.

Gerd Schwandner is the former mayor of Oldenburg, Germany.

Openness an intrinsic path toward global prosperity and development