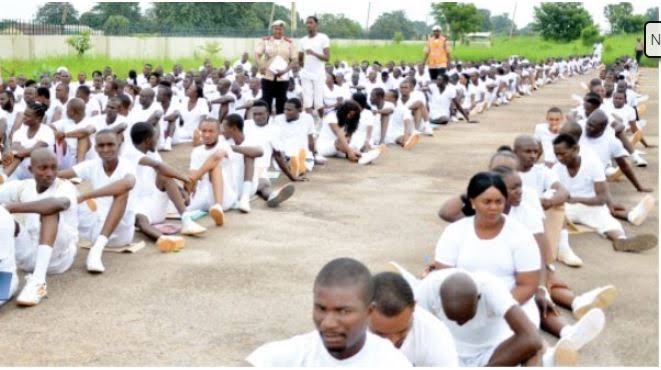 The recent interests shown by thousands of youths, in taking a career in the Nigerian Army is a sign of the growing confidence, the youths of Nigeria have in the military.

The Nigerian Army on 9th June made available recruitment forms for those intending to take up careers in the army while opening a portal for the purpose and thousands of youths were reported to have indicated interests immediately the public was made aware of the chances available.

Applicants are supposed to apply for shorlisting through the portal before the final drill that would qualify them to be admitted at the Nigeria Army military depot in Zaria, Kaduna State for a ten week training before passing out.

Sources say within the first week that the portal was opened, thousands of youths from all parts of the country indicated interests.

The massive interest is an indication that youths in the country are ready to make the necessary adjustments to qualify to defend the territorial integrity of their country and sack the elements that have been threatening the peace and tranquillity of the nation.

It has also put a lie to reports that hundreds of military personnel are asking to opt out of the military.

There were reports recently that 365 military personnel have served notice to the military authorities that they want to leave sevice citing ‘loss of interests’ as their main reason.

The report however conflicts steadily with the situation on ground where there is an indication that serving military personnel are highly motivated and that the military still holds attraction to millions of youths in the country.

The military as an institution  attracts the attention of the youths due to its thrills, command structure, organisation, discipline, bravado and breathtaking drills which the youths find very adventurous.

Over the years, many youths have desired career in the military right from a tender age going by the number of applications and intense lobby for admission into the Nigeria Military School, NMS,  in Zaria, Kaduna State; the Airforce Military School in Jos, Plateau State, and other military colleges across the country.

Reports even suggest that the number of applications have increased in recent years.

The looks of disappointment anytime such candidates fail to make it to the schools depict the deep desire to serve the fatherland.

The emotion is much higher at the higher level of the Nigeria Defence Academy, NDA, and the commissioned officer cadre.

It is commendable given the numerous security challenges facing Nigeria, that the army would announce its intention to recruit more personel in addition to the ones employed in previous years.

The country is currently facing serious security challenges in virtually all parts of the north with banditry, kidnapping and terrorism tasking the available manpower in the armed forces

The decision to employ more youths who are eager to defend their country into the military is the right decision that would help in combating these crimes.

The interest shown by the youths is equally not surprising given the level of improvement on the welfare of military personnel and the much that have gone into equipping the troops since the coming of the President Muhammadu Buhari led administration in 2015.

The high motivation owing to the new tactics and strategies introduced by the current set of service chiefs and the relocation of the Chief of Army Staff, Lt. General Tukur Yusuf Buratai to the theatre of operation is enough to engender massive interest in the face of the seriousness shown by the military to take out all criminals disturbing the peace of the country.

The army had last year similarly received tens of thousands of applications from which 5,000 persons were shortlisted.

This does not include the category for short sevice commission and the thousands applications that go for applicants to be admitted into the Nigeria Degence Academy and the Nigeria Military schools.

The patriotism of the youths must be sustained through a transparent and fair selection  process so as not to create room for suspicion and to give only those with the passion to defend the country the opportunities to serve.

The House of Representatives, is also commended for directing its Committee on Army to investigate the alleged massive resignation of soldiers following the adoption of a motion under matters of urgent public importance on Tuesday, as the report smacks of deceit and attempt to undermine the efforts of the military in stamping out crime in the country.

The Nigerian Army also deserves ommendation for not relenting in the bid to win the war against  insurgency and banditry and is introducing many changes to position it better to play the role.

The major reshuffle of its very senior officers, including generals to different commands in latest postings and appointments aimed to strengthen the vision of the force comes to mind.