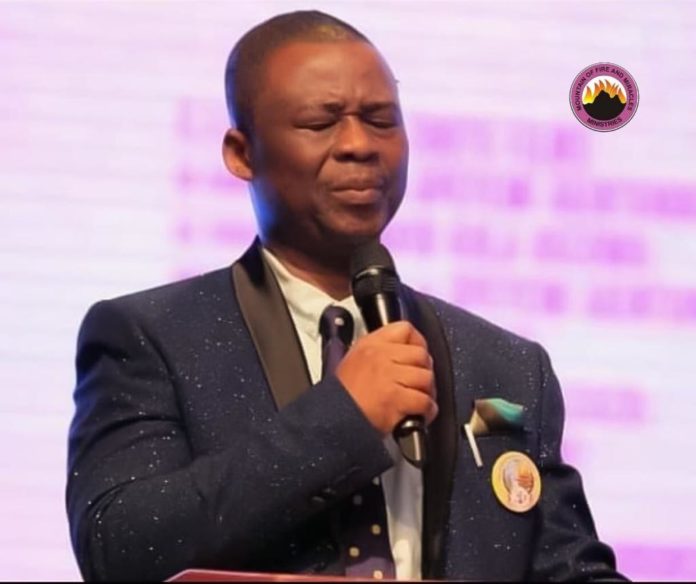 The Mountain of Fire and Miracles Ministries (MFM) on Sunday advised media houses to stop what it called vicious attacks on its general overseer, Dr. Daniel Olukoya, and warned that publications that shunned its advice run the risk of being dragged to court for libel.
The warning, which was contained in a statement by Collins Edomaruse, media aide to Dr. Olukoya, is sequel to one of such attacks by an online news medium, https://IK.phx.ninja/Nkup, on July 19, 2020.

*See the full details of the statement…
STOP THIS MISGUIDED AND VICIOUS ATTACK ON MFM GO,  DR. D. K. OLUKOYA
Our attention has been drawn to an on-line story titled: SCANDAL! General Overseer, Mountain of Fire And Miracles Ministries, In Big Mess in US published under the thread: https://Ik.phx.ninja/Nkup dated July 19, 2020. We would ordinarily have ignored this misguided and vicious attack on the person of our General Overseer but for the need to appropriately inform the discerning public and expose the malicious falsehood in this unmerited attack against one of God’s Generals.
To begin with, what the publisher of this falsehood is attempting to portray as recent events are actually the feeble defence of some renegade pastors presented in 2017 to a Court Case commenced in 2017 at the Circuit Court for Prince George’s County of Maryland, USA by Mountain of Fire & Miracles Ministries against Pastors Lawrence Adetunji, Ronke Adetunji, eleven former members of Mountain of Fire and Miracles Ministries, Bowie, Maryland USA and Christ The Truth Ministry to recover possession of property and monies belonging to MFM international which those renegade Pastors and the eleven (11) conniving members had sought to snatch upon breaking out from the MFM Fold to form a Christ the Truth Ministries.
It is pertinent to note the following: