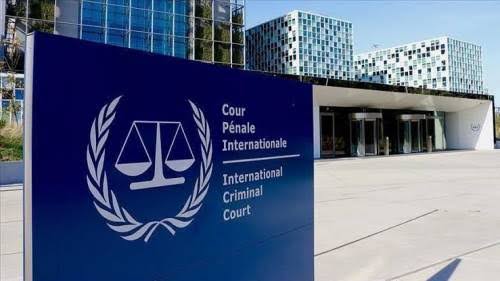 The National Democratic Front (NDF) has warned the International Criminal Court (ICC), Amnesty International (AI) and other “enemies of Nigeria” to prepare to meet the masses, whose lives they are jeopardizing with their subversive activities.

The NDF made this known on Tuesday in reaction to the alarm that these international organisations are colluding to undermine Nigeria’s war on terrorism.

In a statement signed by its Director of Public Enlightenment, Dr Samson Ayo, the group further noted that the ICC, AI and others have allied with the opposition in a devilish pursuit of a possible regime change.

According to Dr Ayo, the Armed Forces of Nigeria is the last obstacle in their quest, hence the constant attacks on the service chiefs.

To achieve this, he added that the ICC conjured up a dubious report alleging war crimes and rights abuses against the military.

The NDF, however, urged the Federal Government to take decisive actions to counter the threats posed to Nigeria’s democracy and security by the ICC and Amnesty International.

The National Democratic Front (NDF) is alarmed by the revelations from the Federal Government that the International Criminal Court of justice (ICC) and international NGO, Amnesty International are colluding to undermine Nigeria’s war on terrorism. There can be no greater travesty than such callous undermining of Nigeria’s right to defend its territorial integrity.

NDF is further concerned that the ICC, Amnesty International and their associates are collaborating with the opposition in this devilish pursuit, which lends credence to assertions in some quarters that these organizations are jostling for an illegal and possibly a forceful regime change to plant elements of the opposition in positions that will enable them to destroy the country from within.

The decision of this syndicate to target the leadership of the military in Nigeria with spurious and unfounded allegations of war crimes and rights abuses is one that should set the alarm bells ringing in the collective consciousness of Nigerians. This is because they recognize the Armed Forces of Nigeria as the last obstacle to their attempt with the opposition to illegally sack the government, especially since the Military Service Chiefs had serially promised to defend Nigeria’s democracy at any permissible cost.

NDF recalls that it had warned in the run-up to the 2019 General Elections that the opposition is desperate to see the removal of the military chiefs so that pliable and pro-coup replacements can be named following which they would massive and coordinate civil unrest that they will then use as a basis to overthrow the government with the backing of foreign partners that have now proven to be the ICC and Amnesty International.

We are therefore not surprised that the opposition’s frantic call for the sack of the service chiefs is now being followed by a dubious report from the ICC aimed at forcing the exit of the gallant commanders in addition to subtly blackmailing their eventual successors into doing the biddings of Nigeria’s enemies as represented by the opposition, Amnesty International and the ICC.

It is most unfortunate that the ICC and Amnesty International, institutions that have the safeguard of human rights as the core of their mandates, are the ones that have now constituted themselves into pro-terrorist organizations simply because of their desperation to implement the evil agenda they have in the country. They have also committed themselves to actively sabotaging Nigeria’s hard-won democracy, which qualified them as the country’s leading enemies.

NDF has no choice but to unequivocally demand that the Federal Government takes decisive actions to counter the threats posed to Nigeria’s democracy and security by the ICC and Amnesty International. Things have gotten to the point where these organizations, irrespective of their now abused international status, must treat in the manner they deserve.

Conscious of the fact that it had in the past expressed concerns about the dangerous activities of these organizations with unheeded warnings to them to desist, NDF is warning the ICC and Amnesty International that they must now be prepared to meet the masses of Nigeria, whose lives they are jeopardizing with their subversive activities.