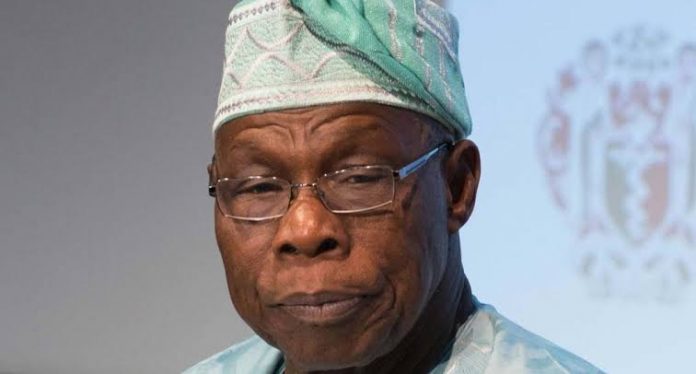 Following a statement credited to former President Olusegun Obasanjo about Nigeria’s unity, the National Inter-Faith and Religious Organizations for Peace (NIFROP) has urged Nigerians to ignore “prophets of doom” and pray for the country.

Obasanjo had alleged that “Nigeria is fast drifting to a failed and badly divided state” due to the recent mismanagement.

The ex-president’s remarks attracted widespread criticism from many Nigerians who blamed him for being part of the problems of the nation.

However, in reaction, NIFROP has charged Nigerians to shun end-time preachers on the unity of Nigeria and instead focus their energy in embracing peace and unity.

In a statement signed by its National Coordinator, Bishop Sunday Garuba, the group said that the bulk of the challenges in the country are a product of the failures of past successive government, Obasanjo inclusive.

While urging Nigerians to shun divisive tendencies, it, however, advised the nation to extend their support to the Muhammadu Buhari administration in its efforts towards addressing the various economic and security challenges in the country.

“The National Inter-Faith and Religious Organizations for Peace views the statement credited to former President Olusegun Obasanjo wherein he alleged that Nigeria was drifting to a failed and badly divided state under President Muhammadu Buhari as uncharitable and unbecoming of a man who is supposed to be guided by decorum in his public conduct and utterances as an elder statesman,” the statement reads.

“It is indeed sad that the likes of Olusegun Obasanjo would elect to stand the truth on its head in furtherance of the disdain he has exhibited towards the Muhamammadu Buhari administration since 2015.

” The National Inter-Faith and Religious Organizations for Peace wishes to advise Nigerians on the need to thread with caution whenever some supposed elder statesmen making public statements that are capable of threatening peace and unity in the country.  Nigerians must ignore such end-time preachers on the unity of Nigeria instead embrace peace and unity of the country which remains sacrosanct.

” The book of Ephesians 4; 25 emphasizes the place for truth in our daily living. ‘Therefore, having put away falsehood, let each one of you speak the truth with his neighbour, for we are members one of another’.

“It is our considered opinion that this bible verse should appeal to the conscience of former President Olusegun Obasanjo and further guide his public conduct and posturing about the administration of President Muhammadu Buhari.

“We are also using this medium to task the true patriots in Nigeria irrespective of religion or ethnicity to rise for Nigeria at all times and shun divisive tendencies. We also call on all well-meaning Nigerians to extend their support to the Muhammadu Buhari administration in its efforts towards addressing the various economic and security challenges in the country”.

The National Inter-Faith and Religious Organizations for Peace added that in the fullness of time, the promoters of evil and violence in Nigeria would be exposed and put to shame.

It said the wrath of God would soon descend on these persons who have been despicable in their support for the forces of evil against Nigeria.

Consequently, it affirmed that “all those that have been distracting and undermining the Armed Forces should have a rethink and change from their ways as the prayers and supplication of the faithful’s for the success of the Armed Forces in their operations have been answered by God”.