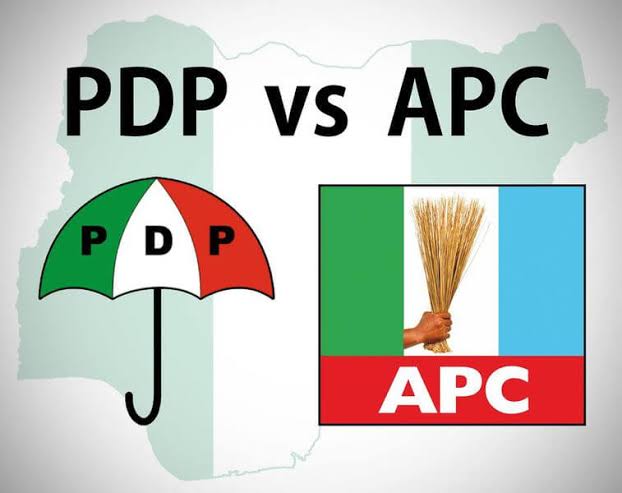 The All Progressives Congress (APC) has said the main opposition Peoples Democratic Party (PDP) statement is self-indicting and speaks of the weight of corruption’ bedevilling the operations of the Niger Delta Development Commission (NDDC).

The ruling party however said the successive PDP administrations and their cronies institutionalised a culture of contract fraud and other corrupt practices in the country.

The PDP had issued a statement on Monday over the NDDC’s probe tagging APC administration as a corrupt government.

But in a statement signed Tuesday in Abuja by the deputy national publicity secretary of APC, Yekini Nabena, said Nigerians can now understand that the PDP was not interested in the current moves by the President Muhammadu Buhari administration to reposition the NDDC but the PDP dead-scared of the outcome of the 2001 to 2019 forensic audit and legislative inquests of the NDDC operations.

“The PDP is doing everything to sabotage and frustrate the audits.

“In recognition of the ongoing forensic audit and legislative inquest into the operations of the NDDC, as a party we have no intention to trade words on how successive PDP administrations and their cronies institutionalised a culture of contract fraud and other corrupt practices which has robbed the Niger Delta region of badly-needed development. We will rather monitor and await the findings of the ongoing audits.

“However, one thing is clear, no vested interest will continue to turn the NDDC into an Automatic Teller Machine (ATM) while multi-faceted development eludes the Niger Delta region.

“We must support the forensic audit of the 19 years of the NDDC, which includes the first 4 years of the President Buhari administration as well as well-meaning legislative inquests for the benefit of the Niger Delta region.

“As a party, we totally align and support the resolve of President Muhammadu Buhari to audit and reposition the NDDC. As with all institutions of government, we must continue to entrench transparency and accountability.

“Has the President Buhari administration demonstrated its zero-tolerance for corruption? An emphatic yes!”

Nabena revealed that the administration’s fight against corruption is total, unsparing and “there are no sacred cows. Public records show that officials of past administrations, members of the opposition, APC, cabinet members, appointees, private sector among others have been given ample opportunity by this administration to defend corruption allegations when they arise.

“The PDP’s tales of “unbridled treasury looting”, Ilusionary fraud and other fictitious allegations are part of their tired, baseless and tactless attempts to get public reckoning, cover past fraud and play the role of opposition which it has shockingly failed at. “