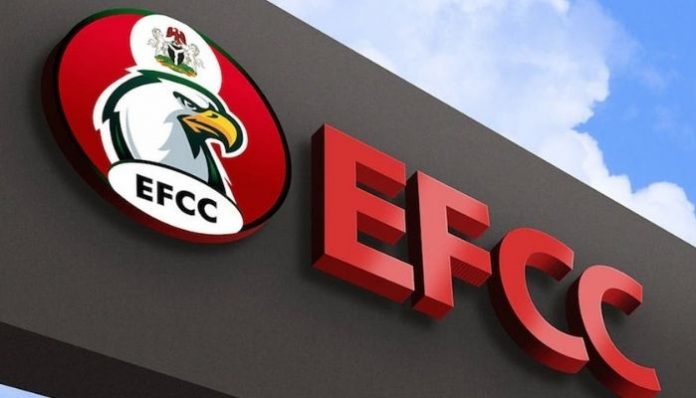 The Coalition of Arewa Youths for Zero Corruption, a think-tank for anti-corruption and transparency with the vision of eradicating corruption in the Nigerian civil and public service has called on the Economic and Financial Crimes Commission (EFCC) and other security agencies to immediately swing into action and sanction organisations whose ranking on the Integrity Report was very low to serve as a deterrent to others.

The group in a statement signed and made available to journalists in Abuja, the National Coordinator, Mallam Aliyu Bello Mohammed also commended MDAs that performed exceedingly well in the 2022 Integrity Report despite challenges and distractions from within and outside their organisations.

The statement described the high performance of certain ministries, parastatals and agencies they have been monitoring and engaging with as highly exceptional, adding that they have shown to the whole world that a corrupt free Nigeria is possible.

According to Mallam Aliyu Bello Mohammed “we had expected that agencies such as National Research Institute for Chemical Technology (NARICT), Ministry of Education and the Nigerian Ports Authority (NPA) we be indicted due to the many running battles they had with host communities and stakeholders from within and outside but to our greatest surprise, they complied fully with the ICPC integrity test with outstanding results.

“As transparency ambassadors, we call on other agencies, parastatals and ministries who either failed the integrity test or did not respond to the enquiry possibly for fear of indictment to emulate them and follow their template for fighting corruption. They should be chosen and appointed as transparency consultants so that they can share their secrets and strategies with other organisations”.

The group however, expressed displeasure with some top government agencies, ministries and agencies that have been listed as High Corruption Risk (HCR) as highlighted by the ICPC in the 2022 Integrity Report released via its Twitter page on the 12th of January 2023.

“It is appalling that despite the anti-corruption stance of the present adminstration, some 52 MDAs were classified as having ‘High Corruption Risk (HCR)’ by the ICPC. Their failure to respond to an Ethics and Integrity (EICS) enquiry filed by the commission in the year 2022 can best be described as complicity and a desperate attempt to hide their unethical practices. We therefore call on the Economic and Financial Crimes Commission (EFCC) and other security agencies to immediately swing into action and sanction organisations whose ranking on the Integrity Report was very low to serve as a deterrent to others”, the statement added.

While commending the President Muhammadu Buhari led government and ICPC for doing a very professional and timely audit into the performance of MDAs, the group insisted that agencies that have failed to comply with the Ethics and Integrity Enquiry and those that performed very poorly in key performance indicators like the Nigerian Police Force (NPF) must be compelled, using all legal instruments available to enforce their compliance. According to the statement “no stone must be left unturned in the fight to finish and eradicate corruption in Nigeria”