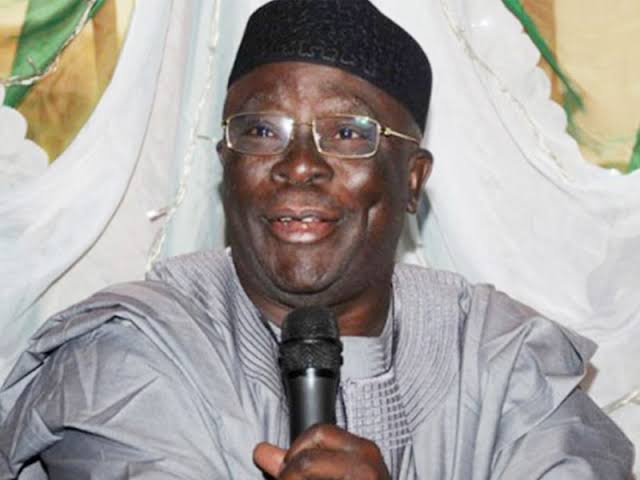 The Coalition of Afenifere Youth Groups (CAYG) has urged Yoruba elders to call a chieftain of its apex socio-political group, Ayo Adebanjo, to order over comments bordering on national security.

The Afenifere youths, in a statement signed by its Publicity Secretary, Otunba  Ibukunke Daniel, on Friday, said some enemies of the Yoruba nation is using Adebanjo and others ahead of the 2023 elections.

In response to the move to place southwest security network, Amotekun under the control of the Inspector-General of Police, Adebanjo had alleged that President Muhammadu Buhari is insincere in addressing insecurity in the country.

But CAYG said it is “disappointed that someone who parades the titles of an elder could make utterances that directly jeopardizes the future of the youth since the insecurity he seeks to precipitate will cause of hardship and perhaps rob us of our dear country”.

It added that, “We have sought reasons to understand why someone of Chief Adebanjo’s standing could stoop low to running a ruinous errand for nefarious interest but can only come to the conclusion that he has lost it as an elder and that all he has become is a political hitman, who is contracted by enemies of the Federal Government to do damages.

“It is for this reason that we conclude that recent statements credited to this supposed elder statesman to the effect that President Muhammadu Buhari is not sincere with the fight against insurgency must have emanated from somewhere beyond the borders of Nigeria and not from the sterling mental acuity for our people are known”.

The Afenifere youths reasoned that Adebanjo is being manipulated by agents of destabilization, only interested in causing chaos.

It, however, warned those ” exploiting the fragility imposed by Chief Adebanjo’s old age to cease and desist from using him as an errand runner and a prop for their fledging agenda. They should stop doing this to this elder as they will not be happy if anyone does same to their fathers in their old age”.

The statement added, ” It is tragic that those using Chief Adebanjo in Abuja for promoting their agenda of spreading insecurity are merely exploiting the semblance of the name he has built over the decade. Responsible people should not exploit the needy in the manner in which they are exploiting this old man. Or how else does one explain that they made him claim that states have the right to set up security outfits when this is something that is on the exclusive list?

“We are unimpressed that, even if being edged on by certain people, Chief Adebanjo, failed to deploy the experience of his old age to appreciate that the security situation in Nigeria has improved to the extent that the cities that were once the hotbed of terrorist activities have become stable to the point where foreign entities are now willing to stake their money as investment in these areas.

“Since we do not want to appear rude to an elder, we are constrained to appeal to our fathers, Yoruba elders, to save the Yoruba nation from disgrace by calling Chief Ayo Adebanjo to order. It is the next logical thing to do. We do not want his transactional intervention in national matters to be misconstrued as the position of the Yoruba race hence the need for getting him to stick to his personal business of raising desperate funds for his sustenance and stop presenting same as a Yoruba position.”