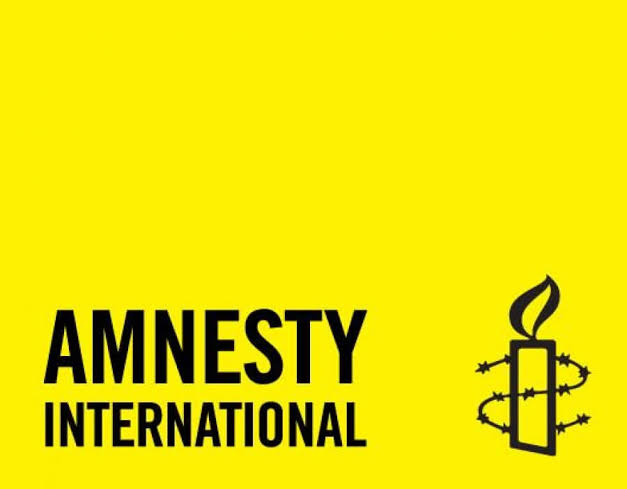 A lot was expected from Amnesty International’s maiden foray into Nigeria in 2015. With its burgeoning global status, Africa’s most populous nation envisaged a new chapter in human rights violation. However, five years down the line, AI has underwhelmed, on its way out of the country.

Amnesty presented itself as the “messiah” on a rescue mission to Nigeria. Following the emergence of President Muhammadu Buhari, the West African nation was gradually recuperating from the wreckage of the Boko Haram terrorists in the north. Far south, there was also the looming insurrection by the Indigenous People of Biafra (IPOB). At that point, any help whatsoever would be welcomed.

While admitting instant progress under the new administration, it alleged serious human rights violations. “Nigeria has achieved remarkable things – but serious violations continue, unpunished,” said Amnesty International Secretary-General, Salil Shetty. “In establishing a permanent base in Nigeria, we want to send a clear message: Amnesty International stands in solidarity with the victims of human rights violations, alongside the individuals and organizations already fighting abuses”.

Indeed, AI’s message was instant. The group’s adventure hit the rocks from the start. In a report published in January 2016, it immediately championed a campaign pushing for the legalisation of homosexuality. In a massively religious country where same-sex marriage contract or civil union faces up to 14 years imprisonment and the death penalty in states under Shari’a law, it was a mission in futility.

Amnesty then admitted war crimes and crimes against humanity committed by Boko Haram in the northeast. Despite this obvious catastrophe and even acknowledging “sustained offensive by the military”, nonetheless, the group accused the troops of using excessive force. It was like chiding a father for disciplining his wayward child.

It was early days, yet Nigerians already perceived bias. Amnesty International subsequently sympathized with separatists. The group lashed out at the Nigerian authorities over the arrest of IPOB’s leader, Nnamdi Kanu and Sheikh Ibrahim El Zakzaky, the spiritual head of Iran-backed Islamic Movement of Nigeria.

Amnesty International’s scathing onslaught on the Nigerian government has not ceased. The group has maintained the same script, agenda and modus operandi, striking at the slightest instance.

The military has been worst hit. Each time troops appear to be gathering momentum on the war against Boko Haram terrorists, AI would show up with a damning report to dampen the progress in the guise of advocating for human rights and equality.

However, this penchant for falsehood and desperation to satisfy its paymasters reached an all-time low recently during the EndSARS movement. Without any tangible proof, AI alleged a ” massacre” in Lagos on October 20. The group said at least 12 persons were killed by the police and military in Alausa and Lekki Toll Gate, with hundreds injured. AI also claimed that CCTV cameras were dismantled to cover up the murder.

Desperate to stay relevant, Amnesty characteristically released this misleading report barely 24 hours later. Worse still, AI based its conclusion on “social media videos”. In all its supposed investigation, Amnesty is yet to admit that scores of police officers were killed by rampaging protesters with many injured in life-threatening conditions.

Nigerians are fed up and reckon that if nothing is done these slipshod reports could plunge the nation into anarchy. Recall that the arson and killings in Lagos and other parts of the country trailed Amnesty’s publication. While Nigerians wept, the group added to their war chest, trading on and merchandising their miseries.

Amnesty has unsuccessfully tried to build a presence in the developing world for decades. In 1977, senior Amnesty members and staff set a goal to “make Amnesty more universal especially by getting a ‘foothold’ in second and third worlds.” The group is suffering an unprecedented crisis, with substantial membership numbers and dues-paying members in decline.

Amnesty’s work around the world, particularly in conflict-affected countries, is highly under scrutiny and its officials are often accused of siding with the anti-establishment forces and supporting their attempt of regime change. It crosshairs with the governments of several countries and most, unlike Nigeria, are not patient.

Amnesty is unwanted guests in nations.  Nigeria is only its third national office models. The other two are in Brazil and India.  However, Amnesty has departed the Asian nation and could be om it’s way out of Brazil too.

In India, it cited unfounded and motivated allegations for the reason for exiting, something of a twist in fortune. “We are facing a rather unprecedented situation in India. Amnesty International India has been facing an onslaught of attacks, bullying and harassment by the government in a very systematic manner,” an official said.

Not only India, but several other countries are also upset with the activities of the supposed watchdog. Around 40 countries including Russia, Israel, Hungary, and Egypt have enacted stringent laws against NGOs. Even in America, there is a ban on the interference of any foreign institution in its domestic politics.

These days, though, when under immense pressure after making multiple false claims, AI resorts to a fake apology. It deploys this strategy to save its face and potentially hold on to its sponsors.

In December 2018, the group apologised to the Netherlands over a magazine that trivialized the suffering and trauma refugees have experienced fleeing their homes, particularly women. The group placed Bangladesh among countries currently facing a war or conflict and apologised after a backlash.

In May, Amnesty International accused the Ethiopian government of committing “grave violations between December 2018 and December 2019 in some parts of Amhara and Oromia regions”. Shamefully, the group apologised later, claiming to have posted it in error.

Nigerians may not be patient to wait for an apology. AI knows the door out.