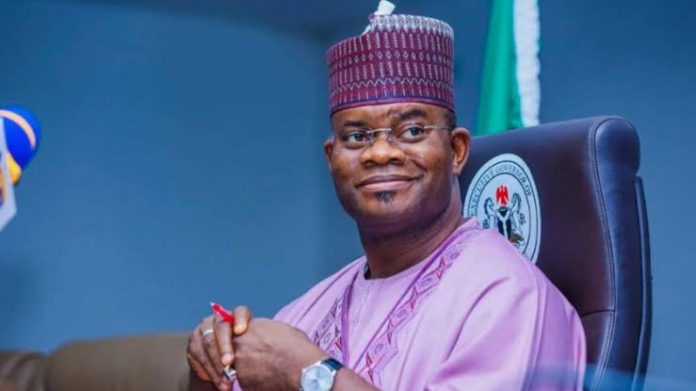 As President Muhammadu Buhari approaches the end of his two tenures, some youths from his state, Katsina, has fingered the best possible aspirant to succeed him.

According to the Katsina Youth Vanguard, Governor Yahaya Bello is the perfect man for the job, noting that he embodies everything ‘Baba Buhari’ represents.

In a statement signed by its President, Alhaji Suleiman Lado, the Katsina indigenes said Governor Bello, like Buhari, is brave and courageous, with a track record of quality leadership.

Lado said Bello is the only governor in the north that has consolidated on President Buhari’s efforts on security.

He said it is no surprise that Kogi State has enjoyed relative peace despite the rising spate of kidnapping, banditry and other criminal vices in neighbouring states.

In terms of education, health, agriculture and social welfare, Lado added that Governor Bello is unmatched.

“We, as indigenes of Katsina, believe Bello has the capacity to succeed President Buhari. Indeed, our father has done his best by building a solid foundation for the All Progressives Congress. Whoever takes over must consolidate and not drag the nation backwards.

“Bello is not from our part of the country yet we have found him worthy. In Bello, we see a young Buhari with the energy, charisma and foresight to make a positive difference.

“He ticks all the boxes. Bello has national appeal. He is loved by the Igbos, adored by the northerners and friends with the Yorubas and other tribes. He will play an integral role in uniting the nation at this period”.

The Katsina Youth Vanguard, however, urged President Buhari to give his total support to Bello.

According to the KYV, the governor will set the country on course for further growth and development and the President won’t have anything to worry about.