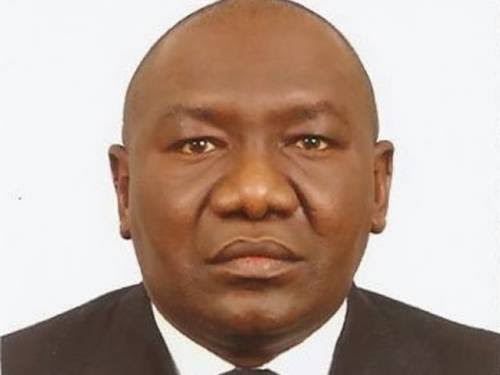 The Centre for Social Justice, Equity and Transparency (CESJET) has filed a suit against Economic and Financial Crimes Commission (EFCC) seeking the immediate arrest and prosecution of Nigerian oil and gas mogul, Mr. Benedict Peters who is the present Chairman, Aiteo Group of Companies.

In the suit marked FHC/ABJ/CS/239/2021 and filed at the Federal High Court Headquarters, Abuja on Friday, 26th February, 2021 the group stated that it had on 15th February, 2021 written a petition to EFCC urging it to revisit the allegations of various economic crimes against Mr. Benedict Peters within 7 (Seven) working days with a view to bringing him to book.

The petition was to satisfy the legal requirement that specific demand for performance of statutory duty must be made on a government agency such as EFCC before the Writ of Mandamus can lie against it.

The said companies were alleged to have been involved in all major underhand activities in the oil and gas industry that led to the shortfall in Nigeria’s revenue even before President Muhammadu Buhari took over power in May, 2015.

Also, Mr. Benedict Peters was in the year 2016 alleged to have fronted for Mrs. Diezani Alison-Madueke, former Minister of Petroleum Resources regarding a $115 Million (N23 Billion) fraud.

This sum was said to be bribe given to officials of the Independent National Electoral Commission (INEC) through Fidelity Bank Plc during the build-up to the 2015 General Elections. Part of the money was said to have emanated from some oil companies including Northern Belt Gas Company Limited which allegedly gave $60m to Fidelity Bank Plc on behalf of Diezani in form of kickbacks. Mr. Peters was later found to be behind Northern Belt Gas Company Limited and in fact acted as the sole signatory to its account.

Mr. Benedict Peters who owns oil facilities in several countries like Ghana where he hides away these days from his many troubles is said to control tank farms in Lagos and Port Harcourt. He was also alleged to have taken part in the controversial crude oil SWAP deal involving the exchange of crude oil for refined petroleum products in which the Nigerian National Petroleum Corporation (NNPC) gave out 445,000 barrels of crude per day to nine companies through the Pipelines Product Marketing Company, a subsidiary of the NNPC.

Those nine companies, which included Aiteo Group after taking the crude oil out of the country, most times returned empty handed without the refined products.In the Motion Exparte filed pursuant to Order 34 Rule 3 (1) & (2) of the Federal High Court (Civil Procedure) Rules, 2019 CESJET being the Plaintiff/Applicant prayed the Honourable Court for: – “AN ORDER GRANTING LEAVE to the Plaintiff/Applicant to apply for judicial review by way of Order of Mandamus compelling the Defendant to forthwith arrest and prosecute Mr. Benedict Peters (Chairman, Aiteo Group of Companies) over pending economic crimes bordering on Conspiracy, Fraud, Tax Evasion, Corruption and Money Laundering based on petition dated 15th February, 2021 submitted by the Plaintiff/Applicant to the Defendant and attached as EXHIBIT CESJET 1”.

The group said it has decided to approach the Court at this time on the consolation that nobody howsoever highly placed is above the law and there is no limitation to criminal prosecution in Nigeria. CESJET wondered why the Federal Government of Nigeria is doing everything possible to reposition the economy even in the face of dwindling crude oil prices and some unscrupulous elements masquerading as businessmen are hell bent on dragging the country backward through sheer corruption, stealing, sabotage and mischief.

It would be recalled that the EFCC declared Mr. Benedict Peters wanted at a point but he was later let off the hook under some suspicious circumstances. As an organization fighting for social justice, the group believes that EFCC has more work to do especially under the new leadership of the young and vibrant Mr. Abdulrasheed Bawa who has already hit the ground running since he took over affairs of the Commission. Apart from sending Mr. Benedict Peters to jail as quickly as possible, the group maintained that he should be made to refund whatever benefits derived from the fraudulent tax evasion, money laundering and outright theft of government funds in the name of oil subsidy.

No date has yet been fixed for hearing of the Motion Exparte.

Meanwhile, the group promised to hold a World Press Conference next week to brief the media and international community more concerning the suit.

There is no doubt that Mr. Benedict Peters indeed seems to be faced with series of troubles as there is an ongoing legal dispute at the Federal High Court sitting in Lagos between his Aiteo Eastern E & P Co. Ltd and Royal Dutch Shell over a pipeline deal entered into six years ago. While Shell is claiming that the Nembe Creek Trunk Line which Mr. Benedict Peters leased was in excellent condition, the controversial oil magnate is saying a different thing entirely.

It does appear that the plot to freeze bank accounts belonging to Shell is aimed at crippling its business within the African Continent but there are indications that the freezing orders will be overturned in no distant time. The case came up before Honourable Justice Oluremi Oguntoyinbo on Wednesday, 24th February, 2021 and has been adjourned till further date for continuation of hearing.