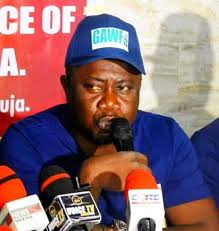 A security expert and public affairs commentator,  Mr Terrence Kuanum, has attributed the incessant cases of violence and bandit attacks in parts of northern Nigeria to the activities of failed politicians who want to paint the President Muhammadu Buhari administration in bad light.

He insisted that the Nigerian military is doing a good job of ridding the country of insurgency and terrorism explaining that the scourge has continued only because other critical stakeholders in the sector have not been alive to their responsibilities.

Kuanum who spoke with a team of editors in his residence in Abuja, said information available to him as an expert in security matters indicates that most of the cases of violence and banditry in northern  Nigeria are politically motivated and sponsored by those who contested and lost against the ruling party in recent elections.

The security expert said the failed politicians believe that by sponsoring violence and other acts of criminality they would be de-marketing the Buhari presidency so as to put them in stead to contest in 2023.

“They are scared that if Buhari is allowed to continue with his streak of achievements especially in the area of  security, then he would have fulfilled one of the cardinal objectives of his administration to secure the nation and that would further bury their dreams of returning to power.

“They know they have nothing to offer to the people so they don’t want to allow the President deliver on his mandate as that would put the final nail on their political coffin,” he stated.

The security expert said the failed politicians were particularly angered by the accolades the Buhari administration was receiving from all over the world over its ability to neutralise terrorists operating on the fringes of the Lake Chad region so they decided to work against it.

He said, “If you have been observing developments in the Northeast, you will notice that our military have been on top of their games neutralising the insurgents and making it difficult for them the launch surprise attacks on communities and it became obvious that the total defeat of the insurgents is a matter of days.

“Encomiums started pouring in from all over including those critical of the Buhari administration, that the administration is doing well and the president was going to keep his promise about providing adequate secuirty in the country.

“So they distracted the military with banditry attacks in the Northwest and in that moment, struck in the Northeast all in the bid to paint the current administration in bad light.”

Kuanum said it is high time people are made aware of this conspiracy so they would realise that the fault is not that of the military which is doing its best to secure the nation but due to the activities of some unpatriotic elements.

The security expert said it is curious that the Nigerian military which is one of the best in the world should be put on a negative spot light for operations carried out at home.

He asked: “Does it not strike you as curious that the same military which liberated Sierra Leone; rescued UN soldiers from terrorists in Somalia; restored democracy in Liberia and led successful joint military operations in several parts of world would be said to be failing at home?”

He said this is clearly an indication that some forces are behind the campaign to sustain the carnage.

“You cannot reconcile the fact that the Nigerian military which has such a sterling record of achievements abroad could be said to be overstretched at home,” he stated.

He maintained that on a scale of a hundred, the Nigerian military has performed at over 90 stressing that the occasional attacks used to assess the military is due to the inability of other stakeholders to perform their tasks and because some of the violence are politically induced.

He said if the other stakeholders are doing half of what the military are doing in the area of security in the last four years, Nigeria would have attained the much needed peace.

He warned the politicians who he described as agents of darkness to desist from their evil acts saying not only would they be exposed in the not too distant future but would be prosecuted and made to face the full wrath of the law.

Kuanum advised those saddled with other responsibilities in the secuiety architecture of the country to wake up to their responsibilites so as to bring an end to insurgency in Nigeria.

He said, ” A lot depends on intelligence gathering, consultation, mediation and other subtle initiatives that cannot be handled through field combat.

the government to end insurgency.

He explained that there is no war that is fought using a single approach as he said every conflict is a result of breakdown in negotiations.

“Both methods are usually deployed to speed up the process of ending conflict but in Nigeria the other stakeholders have abandoned their posts and left the entire process in the hands of the military.

This should no longer be the case and I’m calling on all stakeholders to wake up from slumber and contribute their quota so as to complement  what the military is doing,” he said and called on all to support the military to stamp out terrorism in Nigeria.