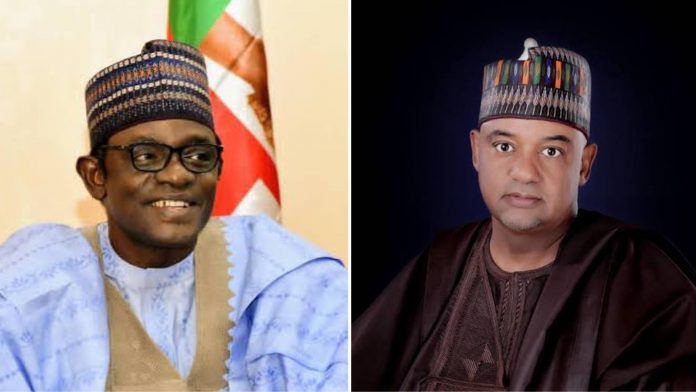 The Yobe State Governorship Candidate of the Peoples Democratic Party (PDP) in the 2019 election, Ambassador Umar Ilya Damagum has denied knowledge of any court process allegedly instituted with the aim of sacking the Governor of Yobe State, Mai Mala Buni from office.

In a statement today in Abuja, he alleged that some disgruntled members of both the PDP and APC may be behind the plot to unsettle Buni.

He said “I am not aware of such suit, I did not brief any lawyer to institute any case on my behalf, I did not authorise anyone to approach the court on my behalf, my name was fraudulently used as a co-plaintiff without my consent and authority.

” I suspect some disgruntled All Progressive Congress (APC) members who are aggrieved with their Ward Congresses and some PDP elements may be behind the suit to unsettle Gov. Buni.

” I think some members of my party, the PDP who were not happy with the success of the PDP State Congress conducted in April 2021 to also be behind the suit for record purpose, there are pending suits before the High Court Damaturu filed by them and may also use this means to frustrate those cases. I have instructed the team of my lawyers to investigate the matter and take appropriate steps required by law. It is laughable that those who instituted that case are not aware that my running mate in the 2019 election has defected to the APC” .

The Channels Television had posted copies of some pages of the suit marked FHC/ABJ/CS/885/2021 on its website on Thursday.

The Court document shows that the PDP, along with Ambassador Damagum and his former running mate Baba Abba Aji, were listed as Plaintiffs who jointly instituted the suit to unseat Governor Buni for taking the position of the Caretaker Chairman of the All Progressives Congress (APC) while still occupying the seat of the Governor of Yobe State.

The suit asks the Court to sack Governor Buni and his deputy and swear in its own candidates in the last governorship election in the state as their replacements.

In the alleged suit filed at the Federal High Court in Abuja on Thursday, the Plaintiffs allegedly argues that combining the governor’s office with another executive position is a constitutional violation.