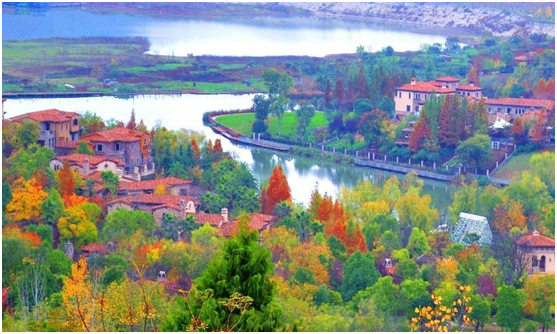 The 27th Conference of the Parties to the United Nations Framework Convention on Climate Change (COP27) recently concluded in the Egyptian coastal city of Sharm el-Sheikh.
The meeting passed tens of resolutions on the implementation of the United Nations Framework Convention on Climate Change, the Kyoto Protocol and the Paris Agreement. It reached a historic agreement to provide “loss and damage” funding to vulnerable countries most affected by global climate change.
The meeting released a positive signal in adhering to multilateralism and coping with climate change with solidarity.
The Chinese delegation joined consultation on nearly 100 topics and firmly safeguarded the common interests of developing countries, making important contribution to the package of positive outcomes the conference achieved.
The theme of conference “Together for Implementation”mirrored the world’s ambition and vision to achieve climate justice.
At present, global efforts on climate change are facing severe challenges, with the developing world remaining the largest victim of climate change issues.
Developed countries had once enjoyed the development dividend brought about by long-term disorderly carbon emission, and their total per capita carbon emission is way more than that of developing countries.
However, developed countries have failed to fulfill their promise made in 2009 to provide $100 billion per year for developing countries to tackle climate damage by 2020, and have never set any credible roadmap for doubling the adaptation finance. It constitutes a “capital bottleneck” for the global response to climate change.
At the COP27, developed countries still didn’t face up to their historical responsibility and were reluctant to provide financial or technical support for developing countries.
The Foreign Affairs magazine said in an article that “the West must be honest and serious about its development-aid and climate-finance commitments.”
China has always been taking earnest actions in climate governance. Having over-shot the climate action goals of 2020 ahead of schedule, China announced the vision of carbon peaking and carbon neutrality, and published the “1+N” policy framework for implementing carbon peaking and carbon neutrality goals.
Between 2012 and 2021, China’s energy consumption expanded 3 percent annually on average, but its economy was growing an average speed of 6.6 percent each year. During the same period, China’s CO2 emissions per unit of GDP dropped 34.4 percent, and its energy intensity fell by 26.4 percent..
In July 2021, China’s national carbon emissions trading market commenced. It is the largest of its kind in the world and covers about 4.5 billion ton of CO2 emissions each year.
At the COP27, China formally submitted a report on the progress in implementing its targets of tackling climate change.
Named “Progress on the Implementation of China’s Nationally Determined Contributions (NDC),” the report introduces the progress made by China in implementing its NDC targets and mirrors China’s determination and efforts to promote green development and tackle climate change.
Egypt’s Minister of Environment Yasmine Fouad has expressed appreciation for the “dual carbon” goals raised by China and the country’s efforts to realize them, saying China’s concept of “Lucid waters and lush mountains are invaluable assets” is inspiring.
As a developing country and a responsible major country, China has always been a staunch supporter and active practitioner for South-South climate cooperation.
At the Session 1 of 17th summit of the Group of 20 (G20) recently held in Bali, Indonesia, Chinese President Xi Jinping said that in tackling climate change and transitioning toward green and low-carbon development, the principle of common but differentiated responsibilities must be upheld. It is also important to provide funding, technology and capacity-building support for developing countries and promote cooperation on green finance, he added.
So far, China has signed 45 climate change cooperation documents with 38 developing countries, constructed three low-carbon demonstration areas, carried out 42 climate change mitigation and adaptation projects, held 45 offline and seven online training courses in China, and trained 2,000 officials and technicians in the field of climate changefor more than 120 developing nations.
Executive Secretary of the United Nations Framework Convention on Climate Change Simon Stiell noted that China has made substantial progress in coping with climate change, playing an important role in advancing the global climate governance.
Everyone living on Earth is part of a big family and humanity is one community. Climate change is a common challenge to all, and humanity must come together to rise to that challenge. China will keep working with all parties relevant to build a fair, equitable and win-win global climate governance system, and to contribute Chinese wisdom, solutions and strength to tackling climate change.