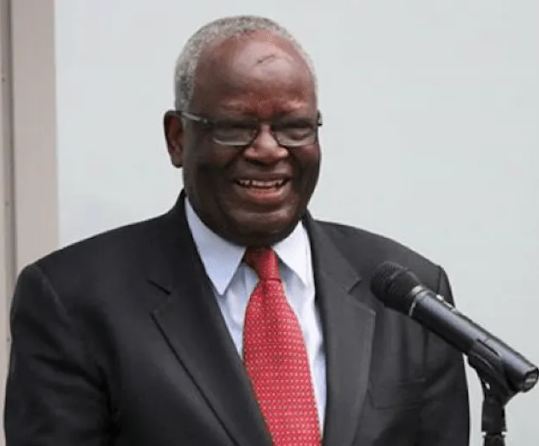 A political activist and former Deputy National Publicity Secretary of the All Progressives Congress (APC) Comrade Timi Frank, has congratulated the new Chief of Staff to the President, Prof Ibrahim Agboola Gambari, urging him not to toe the usual path of Villa cabal.

Frank described the appointment as a well deserved one based on the antecedents of the new Chief of Staff.

Reacting to the appointment through a statement made available to newsmen in Abuja on Wednesday, Comrade Frank said as a scholar and diplomat he is convinced that Prof Gambari will bring his rich experiences garnered over the years to improve the country’s diplomatic relations.

While urging Nigerians to support the new Chief of Staff, Frank urged Prof Gambari not to betray the trust reposed on him by Nigerians.

Frank said Nigerians expects you to chart a new direction away from lopsided appointment, corruption and all manners of anti people’s policies that have characterised General Muhammadu Buhari’s government.

Frank said Prof. Gambari should be bold to tell the President the real feelings of Nigerians, adding that whatever the new Chief of Staff does now will forever affect his name either positively or negative.

“I salute your appointment as the chief of staff to the president. It is highly deserving.

“I have no doubt that you will build bridges. I have known you to be a detribalized Nigerian with so much wealth of experience having held several leadership positions at the national and international levels who has built extensive contacts with governments as well as private institutions.

“As a scholar and diplomat , I am convinced you will bring the experiences garnered over the years to improve our diplomatic relations. Your appointment is coming at a very significant period of our country.

“Therefore, I urge you on behalf of Nigerians to bring your wealth of experience and fatherly disposition to unite the country as you carry on your duties as the chief of staff to the president.

“It is a fact that you are not the President but I believe you can influence people oriented policies in order to ameliorate the hardship in the country. Be the people’s Chief of Staff,” Frank stated.