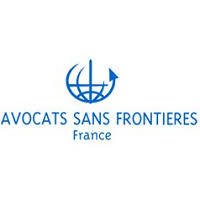 According to GGDC, ASF has no right to dabble into the affairs of a sovereign nation like Nigeria, especially at a critical time as now where the world battles the deadly coronavirus.

In a statement signed by its National Coordinator, Gabriel Akoh, on Wednesday in Abuja, the GGDC said it is alarmed by the group’s unwarranted interference in the affairs of Nigeria by unfairly and maliciously targeting law enforcement and military agencies.

Good Governance and Development Crusade described ASF France as hypocrites who ignored high-handed police clampdown on anti-lockdown protestors in Paris, France and other cities of the country.

While condemning the extrajudicial killings in the country, GGDC revealed that ASF lacks the moral justification to condemn Nigeria, as France has so far violated human rights in enforcing coronavirus lockdown.

The Good Governance Crusade, however, urged Nigerians that “ASF France is an army of occupation and has come up to lay the groundwork for inciting citizens to take actions that will undermine the sovereignty and integrity of their country”.

The group further rejected the statement issued by ASF France in its totality ” while urging the group to stop further activities in Nigeria as it is now considered personal non-grata”.

The Good Governance and Development Crusade (GGDC) has noted with concern the expansion of colonialist activities in Nigeria with a statement recently issued by Avocats Sans Frontières France (Lawyers Without Borders France) – ASF France, using its proxy outlet in the country named as ASF France’s Head of Office Nigeria operated by one Angela Uwandu.

It is alarming that ASF France chose a trying moment as at when all nations of the world are trying to manage the spread of the killer COVID-19 virus to interfere in the affairs of Nigeria by unfairly and maliciously targeting law enforcement and military agencies.

The imperialist NGO joined the bandwagon to criminalize these law enforcement agencies, accusing them of committing extra-judicial killings in the course of enforcing the lockdown necessary for managing COVID-19, without recourse to the context of the issue or consideration for steps that have been taken by the authorities for the incidents so far recorded.

Nothing else can be more symbolic of ASF France’s hypocrisy than its failure to first condemn the high-handed police clampdown on anti-lockdown protestors in Paris, France and other cities of the country.

While it may argue that that the disproportionately harsh and violent clampdown on the protests has not resulted in death, the nakedly racist nature of the police action, since their victims are predominantly migrants, is not lost on those that are able to assess the situation without capitalism induced biases. The French police are so civil in their approach to managing protestors that they rammed one with their car.

The fact that France, which prides itself as an old democracy, has to resort to such forceful takedown of protests, is a stark reminder of the reality that lockdowns are crucial to containing the spread of the virus and any country interested in the survival of its population will do anything to enforce them.

It is insulting that an NGO from France decided to constitute itself into a reviewing authority for the implementation and enforcement of domestic orders taken in the interest of Nigerians. ASF France should have first set France on the path of respecting human rights before trying to dictate to Nigeria how to manage local affairs. The inclusion of the phrase, “without borders” in its must not be misconstrued by ASF France to think it can assume jurisdiction to review the implementation of extant legislation in other countries.

This, therefore, raises the ethical question of why France is allowed to enforce its own lockdown, with the true toll of the resulting casualty hidden from the world, and Nigeria is not allowed to enforce same even though some people died under circumstances that re now under investigation. Perhaps the intention is to box Nigeria into a corner where COVID-19 will achieve the population decimation that France has always been keen in implementing in Nigeria as seen in its persistent support for terrorism in the northeast of the country.

The import of ASF France getting one Angela Uwandu to sign the statement that maligned Nigeria is not lost on us at GGDC. This is France using the cover of an NGO to attempt foisting its assimilation colonial policy on Nigeria all over again. France, tragically, is not short of traitors that will mortgage the interest of their country in critical times like this. However, using a Nigerian face or name has not deceived anyone as to whose message is being passed and to what end.

We, therefore, want to warn Nigerians to take note that ASF France is an army of occupation and has come up to lay the groundwork for inciting citizens to take actions that will undermine the sovereignty and integrity of their country. Its sole interest is to ruin the peace of Nigeria.

The Good Governance and Development Crusade (GGDC) rejects the statement issued by ASF France in its totality while urging the group to stop further activities in Nigeria as it is now considered personal non-grata. ASF France must forthwith cease and desist from further meddling in Nigeria’s affairs.

We do not want them anywhere in our country and we demand that they wound down all their operations in Nigeria while their non-Nigerian operatives must leave the country as soon as the airspace re-opens.