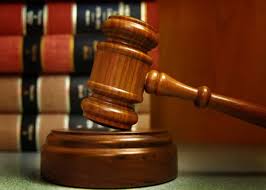 The Lagos state government and Amnesty International, AI, have been warned to allow the Judicial Panel of Inquiry set up to probe the allegation of brutality against the Special Anti-Robbery Squad in Lagos state to work without any form of interference.

A civil society organisation, Advocates For Social Justice, at a press conference in Abuja, yesterday, warned the Lagos government and the rights group against subversion of truth before the commission.

Mr. Agwu Gabriel Esq., Executive Director of the group said it is alarmed that a delegation from Lagos State Government is in London for a meeting with Amnesty International to exonerate Lagos State Governor, Mr. Babajide Sanwoolu, on the deployment of the military to manage the #EndSARS protest at Lekki Toll Gate on October 20, 2020.

The group alleged that Amnesty International is at the forefront of the campaign of calumny being waged against the Nigerian military .

The Executive Director said, ”The #EndSARS protests turned violent on the strength of its engineered interventions and campaign of fake news in which it triggered the misplaced outrage about a massacre that never happened.

”To have a sense of how badly Amnesty International lied against Nigeria and its military, Cable News Network (CNN) has walked back its claim of 38 fatalities from the Lekki Toll Gate incident because its report was based on the lies told by the NGO. Nigerians had risen up against the lies prompting the network to recant its flawed reporting.

”Amnesty International lies had been exposed long before CNN was forced to make a volte face. When its Country Director, Osai Ojigho went on Arise TV to continue the offensive against Nigeria but could not provide evidence to support her organization’s claim that the military massacred protesters in Lekki. All she could provide was the lame quip that the military has a tradition of killing people and taking their corpses away, which is another lie that Amnesty International has replicated and elevated to the level of a myth”.

The group said Ojigho, representing her organization, went as far as riding the coattails of a proscribed Indigenous People of Biafra (IPOB) to go testify against the Nigerian government and military in support of a terrorist organization.

On the proccedings before the Unitd Kingdom Parliament on the Lekki incident in Lagos, Mr. Gabriel described it as a rehash of the proceedings of the Canadian Parliamentary committee, which can best be described as a charade.

”Again, the UK Parliamentary show of shame was brokered by Amnesty International, which possibly still thinks that the Britain can resume being Nigeria’s colonial master if its staff lie enough about human rights abuses allegedly committed by the Nigerian Army or other security agencies.

”This and much more is public knowledge about Amnesty International and the poisonous branding it is carrying out on Nigeria. It is something that right thinking Nigerians have been clamouring to bring an end about. They see the NGO for the monster it is and they have not stopped drawing attention to the danger that this organization poses to the country.

”Unfortunately, Lagos state is neither reading the national mood correctly nor properly evaluating the facts before it. The people around Governor Sanwoolu are apparently still addicted to being inferior in the face of a foreign-based NGO that has the reputation of sowing discord and crisis around the world, one that has made it a permanent goal to bring Nigeria into ruins.

”Interestingly, one of the ways Amnesty International attempts to undermine Nigeria is by casting aspersions on the institutions of the country. It has persistently targeted the military and security establishments with this approach. It has equally added other institutions like the judiciary. Its latest target is logically the Lagos State Judicial Panel of Inquiry”, the group said.

The group called on the Lagos state government to immediately stops further interface, interaction and contact with Amnesty International in Nigeria, United Kingdom and in any other country of the world.