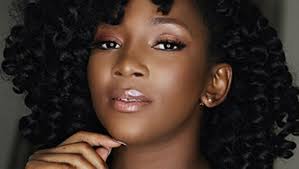 Genevieve’s Lion Heart which was earlier selected for Oscar Awards has been disqualified.

The Nigeria Oscar Selection Committee (NOSC) has admitted they made a mistake in submitting Genevieve’s “Lionheart” for Oscar condition.

This was disclosed in a statement released on Monday by the chairman of NOSC, Chineze Anyaene.

He said, the nominees in its Best International Feature Film Category must have a predominantly non-English dialogue track, and ‘Lionheart’ despite being an unmistakably Nigerian film, did not tick this particular box.

“The committee is working tirelessly in organizing workshops, seminars and using other available media to create robust awareness on the guidelines and requirements for an International Feature Film Entry. Lionheart passed on other technical requirements from story, to sound and picture except for language as adjudged by the Academy screening matrix, which was a challenge for the committee at a time. This is an eye-opener and step forward into growing a better industry.”