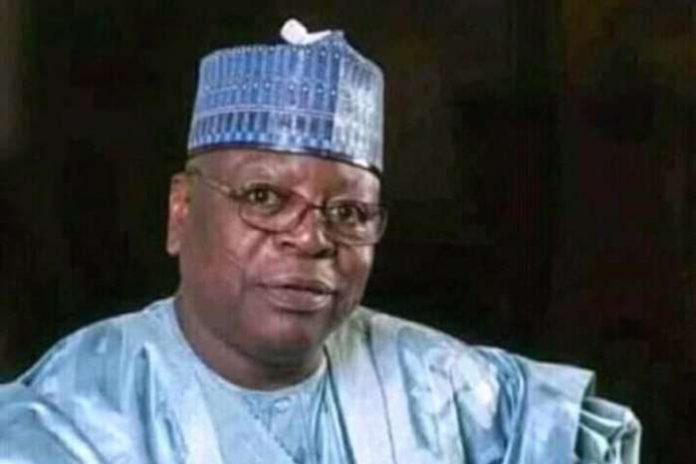 The group’s reprimand trails Gobir’s claims that he and his people now turn to Nigerien troops for protection against bandits.

“ Whenever there is an attack, immediately we inform the commandant of the Nigerien Army at a formation few kilometres away, the officer will come with his troops and help Nigerians,” the Senator said.

In reaction through its President, Hon. Imam Galadanchi, on Tuesday, the NW-GSF said Gobir may have subconsciously admitted being one of the politicians fuelling the insecurity situation in his state.

Rather than leverage on his position in the National Assembly to sway the much-needed military presence to his state, the group added that he opted to collude with others to illegally bring foreign forces.

According to the North-West group, there is every likelihood that these troops are “mercenaries – soldiers of fortune, who fight on whatever side the funding is coming from, in this case from Sokoto state politicians like the Senator”.

And when the funds become dry, the North-West Good Governance and Security Forum reasoned that these mercenaries may switch sides and become a problem for the country.

The group, in clear terms, denounced insinuations from Senator Gobir that Sokoto has been abandoned, describing it is an “untrue”.

It, however, advised the lawmaker to submit the list of the mercenaries he has been sponsoring to the relevant security agencies so they can work with the Republic of Niger to trace, track, contact and rehabilitate them.

The North- West Good Governance and Security Forum has followed with shock the revelation by the Senator representing Sokoto East in the Senate, Senator Ibrahim Gobir, that he was actively aware that his constituents connive with troops from the Republic of Niger to carry out military operations in Nigeria without the knowledge of the Federal Government. This must not in any way be construed as bridging the gap but should be called what it is, a usurpation of roles and responsibilities of agencies and departments of the Federal Government.

What the Senator did was an admission of being one of those politicians that set the ground for the security situation in Nigeria to degenerate in pursuit of their own selfish agenda. Rather than leverage his position in the National Assembly to pressure for the needed military presence in his state, he opted to collude with others to illegally bring the forces of another country to invade Nigeria. Senator Gobir must stop invading Nigeria with mercenaries.

In case Senator Gobir is not aware, there is every likelihood that the people he refers to as Nigerien troops are mercenaries – soldiers of fortune, who fight on whatever side the funding is coming from, in this case from Sokoto state politicians like the Senator. The moment the funds are not flowing then they will definitely switch sides and become a problem for the country. There is also no way that these mercenaries being engaged by the Senator will not find a backend strategy for ensuring that the bandit attacks continue so that they can continue to earn money from the pretense of offering support.

It is now clear to us that the banditry in the northwest has been commercialized, it is being sustained by the mercenaries that the politicians in the state were undiscerning enough to put on payroll simply because they wanted to create the impression that the Nigerian Armed Forces is not doing its work. We are afraid of what will happen when the money stops flowing to service these mercenaries, who are most likely to form an extremist group that will become Nigeria’s new nightmare. It is our sincere wish that we never get to such point but the soldiers and fortune and the bandits they are supposedly fighting now will team up and become the world’s new terrorist wing.

We wonder how Senator Gobir and his political associates failed to realize that they have, by their action, helped France to expand its reach along Nigeria’s border with Niger. That country’s destabilization efforts in pursuit of its own geo-strategic interests has now been ignorantly spread from the Lake Chad Basin to the Sokoto Rima River Basin with Nigerian politicians crassly paying for the invasion of their own country.

Had Senator Gobir and his associates supported local law enforcement with the money they are paying to the Nigerien mercenaries the issue of banditry would never have grown to become the major concern that is now. What saddens one is that Senator Gobir has not shown capacity to be remorseful for the error of his ways but has instead resorted to playing politics with the issues of banditry by accusing the Nigerian Army of abandonment.

We categorically denounce insinuations from Senator Gobir that Sokoto state has been abandoned. It is not only untrue and uncharitable, but it is the most unpatriotic thing for anyone in the privileged position as the people’s representative in the National Assembly to do at a time that the Army has shown capacity by giving Boko Haram a bloody nose in the northeast.

The North- West Good Governance and Security Forum consequently warns Senator Ibrahim Gobir, and other Sokoto state politicians that are in bed with him on importing foreign mercenaries into Nigeria, not to drive a wedge between the people and the Nigerian Army. What right thinking people would have done it so support the military to do their job and help in turning the tilde against criminals as the Army has continued to do.

We demand that the Senator submit to the relevant security agencies the list of the mercenaries he has been paying money to so that Nigerian authorities can work with the Republic of Niger to trace, track, contact and rehabilitate them in order for them not to evolve into terrorists that will trouble Nigeria in the nearest future.