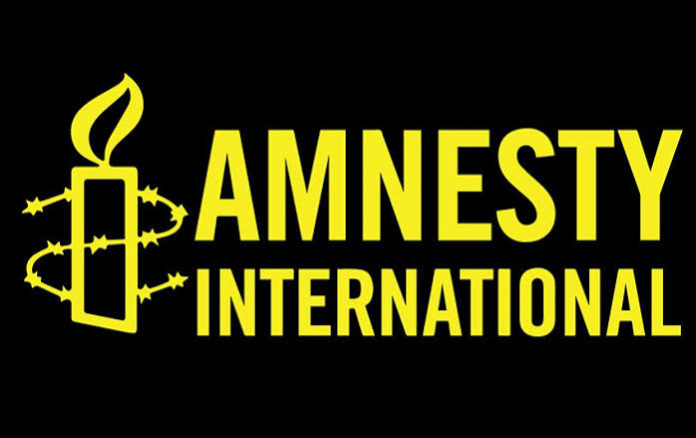 Following suspicious activities, the Asian nation in 2014 began a crack down on foreign NGOs, suspending or banning thousands of groups, many working in health or the environment, for receiving money from abroad

AI recently received the chop, for amongst others, violating foreign exchange regulations through taking money from its London-based parent.

The Coalition for Human Rights Monitoring Groups in Nigeria has advised the Nigerian government to take a leaf from its Indian counterparts, especially after several evidence against the supposed humanitarian group.

The group made this known at a press conference on Saturday in Abuja on the need to commence investigation on source of funding of Amnesty International and other NGOs operating in the country.

In a statement signed by Gabriel Agibi, the coalition revealed that this has become imperative owing to the nature of NGOs activities and how their actions, in many instances, have caused security threats in the country.

The group said it came to this conclusion after stakeholder’s emergency general meeting.

The group recounts how the AI, on numerous occasions, attempted to undermine the progress of the Nigerian military in the North-East.

According to them, if relevant authorities in Nigeria fail to commence detailed investigations into the sources of funding of the NGOs in Nigeria, it may hamper the fight against terrorism.

The Coalition of Human Rights Monitoring Groups in Nigeria dedicated to assessing and monitoring the level of human rights compliance of critical organs of government in Nigeria wishes to bring to the notice of the relevant authorities in Nigeria on the need for detailed investigations into the sources of funding of Amnesty International ( AI) and other NGO’s operating in Nigeria.

This is given the suspect nature of the activities of NGOs in operation in Nigeria and how their actions, in many instances, have caused security threats in the country.

The Coalition of Human Rights Monitoring Groups, having studied the recent happenings in India, where Amnesty International was caught in the web of illicit funds transactions, views the development as worrisome given the global posture on human rights by Amnesty international. This is aside from the fact that Amnesty International has, in numerous instances, constituted themselves as parallel governments in countries where they operate.

The Coalition of Human Rights Monitoring Groups in Nigeria after a stakeholder’s emergency general meeting came up with the unanimous decision for the Nigerian authorities to commence immediate investigations into the funding of the operations and activities of Amnesty International in Nigeria.

This is highly recommended given the threat terrorism has posed in Nigerian and around the world, where terrorist organisations have perfected the art of using NGOs to transfer illicit funds for the operations of their affiliates all around the world.

The Nigerian authorities must also, as a matter of urgency, launch an investigation into the operations and funding of other NGOs operating in Nigeria to identify their sources of funding.

The Nigerian authorities must treat this call as a matter of urgency in the best interest of the generality of Nigerians who have been subjected to untold hardship as a result of the nefarious activities of some NGOs who have been collaborating with some foreign interest to undermine the sovereignty of Nigeria.

The Coalition of Human Rights Monitoring Groups in Nigeria wishes to state that there is multiple evidence to suggest that the bulk of the NGOs operating in Nigeria have ulterior motives aimed at causing unrest in Nigeria.

The situation in North-East Nigeria provides us with vivid examples of how the NGOs have been undermining the efforts of the Military in the fight against terrorism. Worthy of mention is Amnesty International in its annual reports accusing the Nigerian Military of Human Rights violations, which is, in most instances, fabrications and half-truths.

The Coalition of Human Rights Monitoring Groups in Nigeria wishes to state in unequivocal terms that should the relevant authorities in Nigeria fail to commence detailed investigations into the sources of funding of the NGOs in Nigeria, the fight against terrorism in Nigeria would continue to remain a mirage.

The Coalition of Human Rights Monitoring Groups in Nigeria wishes to commend the Indian authorities in India for taking the bold step of expelling Amnesty International from their country for nefarious acts.

It is expected that the Nigerian Authorities should learn from the Indian example and act in the best interest of the country if we are desirous of winning the war against terrorism in Nigeria.

The Nigerian authorities must also act decisively in dealing with NGOs found to be operating against extant laws in Nigeria.

The Indian example should serve as an eye-opener on the activities of Amnesty International in Nigeria and other places where it operates and why Nigerians should disregard the constant fabrications in its annual reports.

The activities of Amnesty International in Nigeria have been suspect as echoed in times past in numerous forums, especially with its constant attacks against the operations of the Nigerian Military in the theatre of operations in North-East Nigeria, as well as its tactic support to other militant groups in Nigeria such as the Indigenous People of Biafra (IPOB) and the Islamic Movement in Nigeria (IMN).

The Nigerian Authorities must act now as a matter of urgency in commencing investigations not just on the source of funding of Amnesty International as well as other NGOs in operation in Nigeria, it must also put in place measures that would keep NGOs operating in Nigeria in check.