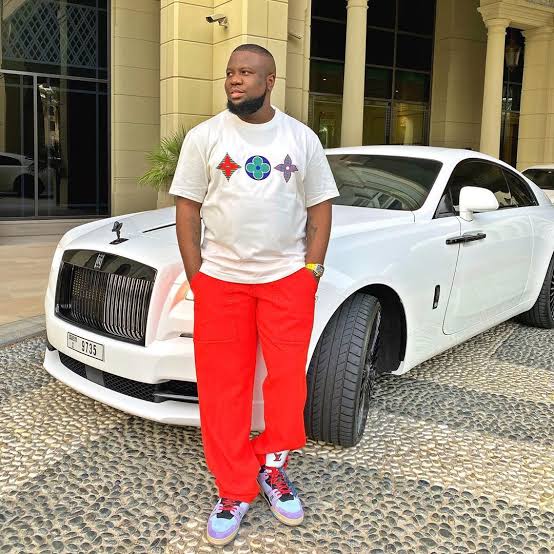 The National Coalition of Democrats (NCD) has called on the Federal Bureau of Investigation (FBI) and International Police to investigate ex-Vice President Atiku Abubakar and other stalwarts of the Peoples Democratic Party (PDP) over possible links to arrested suspected fraudster, Raymond Igbalode, popularly known as Hushpuppi.

Renowned for his flamboyant lifestyle, Hushpuppi and 12 others were nabbed in Dubai by Interpol on June 10 over multiple cyber crimes and money laundering to the tune of  150 million dirhams (N168 billion).

In a statement signed by its Spokesman, Garuba Nuhu, on Wednesday, the National Coalition of Democrats reasoned that there could be more to this act, especially with Hushpuppi’s known relationship with some PDP members, as seen in pictures and videos on social media.

According to the group, Hushpuppi might have actually worked discreetly with the opposition party in laundering of funds for the prosecution of the 2019 general elections.

NCD said its logic is born out of the fact that PDP’s top shots, led by its presidental candidate held several meetings in Dubai ahead of the polls and the likes of Atiku, Dino Melaye, Timi Frank and Deji Adeyanju are possibly his close associates.

The group, therefore, called on the FBI and Interpol to investigate Atiku and other PDP members who may have been first-line beneficiaries of the fraud committed by Hushpuppi.

The National Coalition of Democrats wishes to lend its voice to the recent arrest of Raymond Igbalode, popularly known as Hushpuppi for allegedly hacking into the United States (US) unemployed database and impersonating citizens qualified for unemployment funds of over $100 million meant for Native Americans in the battle against the coronavirus pandemic.

This is indeed a sad tale for Nigeria in the sense that the arrest effected by the Dubai Police has indeed painted Nigerians as fraudsters before the international community.

The National Coalition of Democrats has in times past alerted Nigerians to the activities of some Nigerians with no identifiable means of livelihood, yet displaying a life of affluence in the social media space.

The case of Hushpuppi further lends credence to this concern raised earlier as most of our youths have elected to tow the dishonourable path all in the quest to make money at all cost. More worrisome in this latest development is the fact that the said Hushpuppi has been severally identified with some members of the opposition party in Nigeria.

This is also on the heels that a top member of the opposition Peoples Democratic Party (PDP) is known for travelling to the United Arab Emirates where he held several meetings in the buildup to the 2019 general elections.

It is also common knowledge that the PDP leadership turned Dubai into their strategic meeting place from where they plotted for the execution of the general elections.

The National Coalition of Democrats wishes to state in unequivocal terms that Hushpuppi indeed shared some affinity with some top members of the PDP as evident in the posting of pictures and videos of their several meetings in the social media space.

It, therefore, reckons that there is every possibility that the said Hushpuppi might have been working discreetly with the PDP stalwarts in the laundering of funds for the prosecution of the 2019 general elections.

The National Coalition of Democrats wonders why the opposition PDP would elect to see Dubai as a haven for holding strategic meetings while wining and dining with the said Hush Puppy.

The likes of Atiku Abubakar, Dino Melaye, Timi Frank and Deji Adeyanju have in numerous times posed for photographs with the said Hushpuppi . It is common sense to articulate that there must have been in a strategic business partnership with him in the area of repatriation of illicit funds for the prosecution of the general elections using his syndicate network.

The National Coalition of Democrats wonders why questions were not asked as regards his source of wealth if indeed they were genuine in their aspirations. This is not minding the fact that Hushpuppi indeed has led millions of youths into believing that hard work is not a guarantee for success.

The National Coalition of Democrats believes that these top goons of the PDP are first-line beneficiaries of the fraud committed by the said Hushpuppi. There is every need for further investigations by the International Police and the Federal Bureau of Investigation. This is imperative in the bid to trace the root of the heist committed by Hushpuppi as well as identifying his partners in crime in Nigeria.

The National Coalition of Democrats wishes to inform members of the general public that from all indices, there seems to be a strategic linkage between Hushpuppi and some stalwarts of the opposition PDP. It will be in the interest of the generality of Nigerians if this case is further investigated.

The National Coalition of Democrats as a result of this call on the Interpol and the FBI to leave no stone unturned in unravelling the collaborators of Hushpuppi in Nigeria.

We are convinced that this is indeed necessary to put issues in proper perspectives and to serve as a deterrent to our teeming youthful population.