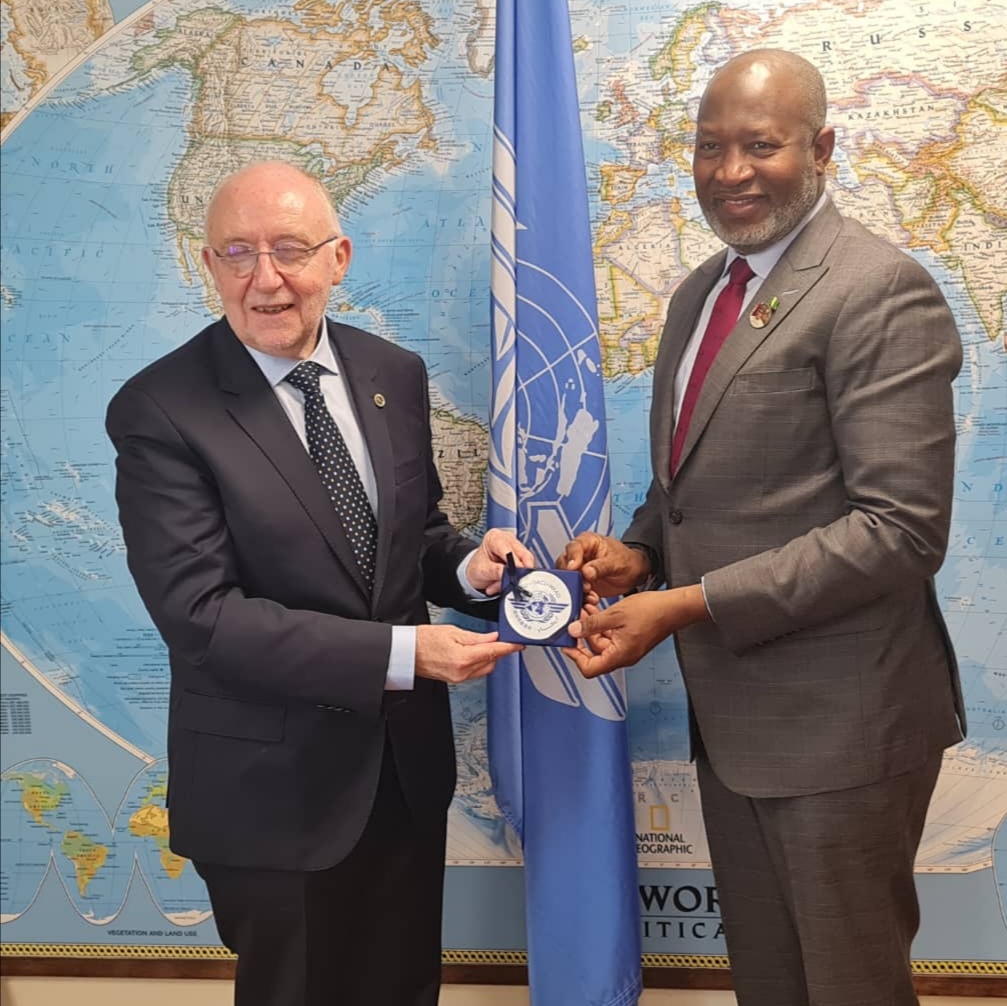 The President of the International Civil Aviation Organization (ICAO) Council, Salvatore Siacchitano has restated the commitment of the organisation to partner with Nigeria in the establishment, provision of funding and faculty of the African Aviation and Aerospace University (AAAU) in Abuja.

The ICAO President gave the assurance when Nigeria’s Minister of Aviation Hadi Sirika led the country’s delegation to the 41st General Assembly of the organisation to his office at the ICAO headquarters in Montreal Canada.

According to him, ICAO would always be part of every effort geared towards addressing the manpower needs of member-nations in order to service and manage the ever-expanding Aviation industry, asserting that Nigeria’s decision to establish the university was a welcome development. This was contained in a press statement Friday by the Special Assistant (Public Affairs) to the Minister, Dr. James Odaudu.

The University, he said, would represent a new channel for the training of professional managers for the industry, especially within the African region, being the first of its kind in the continent.

He therefore promised to personally visit the site for the University during the forthcoming ICAO Air Negotiation event (ICAN) being hosted by Nigeria in December. The visit, according to him, will give him a clearer picture of the immediate needs and the level of participation of the organisation.

Siacchitano also used the visit to express ICAO’s appreciation to the government of Nigeria for its commitment to the ideals of the organisation at all times, saying that the acceptance to host the ICAN event was a clear demonstration of the said commitment.

Responding, Sirika expressed Nigeria’s gratitude to the ICAO Council President for his reassurance of the Council’s earlier pledge to be involved in the University project, informing him that all the necessary regulatory requirements have been met and approved by the National Universities Commission (NUC).

He assured that the forthcoming ICAN event holding in Nigeria will be a resounding success just like the earlier ICAO events hosted by the country.

In a similar development, the government of Qatar has also expressed its readiness to participate in the establishment and running of the African Aviation and Aerospace University located in Abuja.

The Qatari Minister of Transport, Jassim Saif Ahmed Al-Sulaiti disclosed this in a meeting with the Minister of Aviation at the sidelines of the Assembly.

According to the Minister, the government of Qatar is excited to partner with Nigeria through providing some funding and training of its manpower in the university, noting that it will be a better option for his country.

Sirika thanked the Qatari Minister for believing in the university project and said that the involvement of the country will further deepen the relationship between the two countries.

The two Ministers agreed to meet further to develop modalities for partnership in the project, given the interests being shown by some ICAO members and the organisation itself.