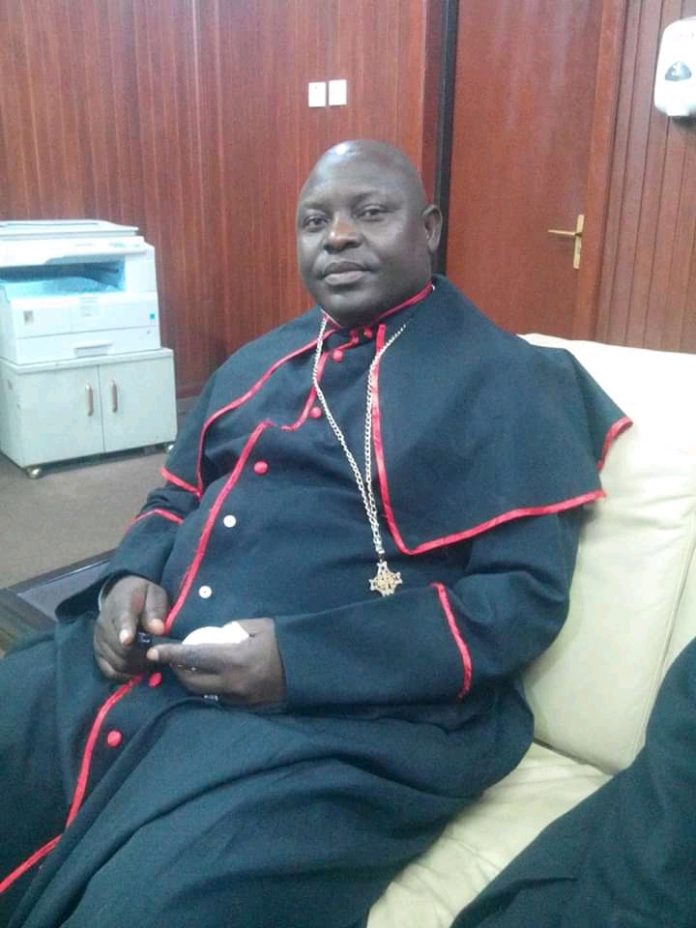 The issue of insecurity in Nigeria is such that should elicit concern from all well-meaning Nigerians. It is a statement of fact that the Nigerian authorities have been relentless in their efforts towards addressing the various security threats in the country.

As a start, I must add that the task of securing a country like Nigeria is daunting for obvious reasons. Nigeria is a plural state with diverse ethnicity that makes things more complicated. However, our diversity that is supposed to be our source of strength has now become an albatross that is rocking the foundation of our country.

I have been in the vanguard of praying for peace and stability of Nigeria from time immemorial. This I have been consistent with alongside a great man of God that has gone to be with the Lord, Bishop Musa Fomson. Bishop Musa Fomson and I share a very long affinity in intercession for Nigeria right from the regime of the late General Sani Abacha.

We were in the vanguard of prayers for the country, always beseeching God for a leadership that will come from him that would lead Nigeria on the path of greatness and sustainable growth and development. And to the glory of God, our prayers were answered, and Nigeria overcame its challenges. When Bishop Musa Famson passed unto glory, the mantle of leadership consequently fell on me to lead the National Inter-faith Religious Organizations for Peace. And to the glory of God, I have led by the wisdom and guidance of God to the benefit of humanity.

Back to the crux, this piece is as a result of the security issues experienced in the country that is of great concern to me. I recall that I have stated in numerous forums on the strategic importance of the power of divine intercession in warfare. My position is hinged on worthy examples in the bible when God gave his people victory over their adversaries in warfare.

In the Book of Psalms 18:50, the bible gave us a promise of victory over our adversaries. “God gives great victories to his king; he shows constant love to the one he has chosen, to David and his descendants forever.” I must add that this bible passage was a revelation I received from God during one of our prayer and fasting programmes for God to bless Nigeria with a David sometime in 2013.

We did not relent. As a fact, I recall that sometime in 2014, I also had a revelation from God where he told me that he was sending a helper to Nigeria to redeem it and that helper would indeed take Nigeria back to where it rightly belongs.

I shared this revelation with our members, and we prayed for the fulfilment of God’s purpose for Nigeria. It was during this prayer session that God indeed revealed to us that a man of integrity would lead Nigeria. But many would attempt to discredit him because of his tough stance, but at the end of the day, he would triumph over his enemies.

And that marked the beginning of our prayer and fasting sessions for President Muhammadu Buhari when he was running for President of the country. But before then we had known Buhari, and I recall that the late Bishop Musa Fomson and I visited him a couple of times and prayed with him the while he was contesting for elections.

The buildup to the 2015 general elections was a tensed one. When Muhammadu Buhari signified interest once again, we organized a fasting and prayer session for God’s will to be done for Nigeria, and for God to bless Nigeria with that credible leader that would lead with the fear of God and to the benefit of humanity. It was during that prayer meeting that God revealed to us that indeed Muhammadu Buhari is the chosen one to lead Nigeria.

I recall that I paused for a while and shared the revelation with our members, and there was a pin drop silence. It was such that almost tested the faith of our members that consisted of Christians and Muslims. But to the glory of God, there was unity in spirit, and we thanked God in praises and prayed fervently for the candidature of Muhammadu Buhari.

I also recall that I led a delegation to him to give him a message from God on His expectations once elected as President of the country and how God told us not to relent in prayers until the President delivers on all that God has asked him to do for the country. And today again the rest is history and the National Inter-faith Religious Organizations for Peace has been fervent in our prayers and supplications for President Muhammadu Buhari’s administration.

This brings us back to the role of divine intercession in warfare and how we have been praying for our troops to overcome the various security challenges in the country. The exploits of King David in the bible gives us this reassurance.

In the Book of 2 Samuel 8:1-6, we saw how God helped David to win battles “While David was king of Israel, he won many battles over the Philistines. He brought them under his control. He took Metheg Ammah away from them. David also won the battle over the people of Moab. David also fought against Hadadezer, the son of Rehob. Hadadezer was king of Zobah. He had gone to repair his monument at the Euphrates River when David captured 1,000 of Hadadezer’s chariots, 7,000 chariot riders and 20,000 soldiers on foot. He cut the legs of all but 100 of the chariot horses.

The Arameans of Damascus came to help Hadadezer, the king of Zobah. But David struck down 22,000 of them. He stationed some soldiers in the Aramean kingdom of Damascus. The people of Aram were brought under his rule. They gave him the gifts he required them to bring him. The Lord helped David win his battles everywhere he went.”

This can also happen in Nigeria if we elect to join forces to pray for our troops, the commanders as well as all the others that are involved in the war against all forms of criminalities in Nigeria. I must add that, but for God’s wisdom in the life of President Muhammadu Buhari, things would have been worse in this country.

All those that have been criticizing the Service Chiefs are doing so out of ignorance or for political gains. They do not have an idea what these Service Chiefs go through daily. If they had an idea, they would join hands together and pray for God to grant our President wisdom in leading the country.

For us at the National Inter-Faith Religious Organizations for Peace, our commitment to interceding on behalf of this country is unflinching. We have been praying, and we shall continue to fast and pray for God to grant our troops great victory. Our country Nigeria cannot be defeated because God has promised us great victory over our adversaries. We shall continue to intercede on behalf of our President in our quest for the Nigeria of our dreams because we understand the power of divine intervention in warfare.

All those that are fueling the crisis in the country should have a rethink because the wrath of God would come upon them because in the Book of Psalms 105:15, the bible states that “Do not touch my chosen people, and do not hurt my prophets.”