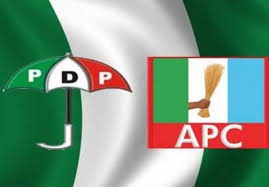 A statement by Melaye’s media aide, Gideon Ayodele, on Tuesday said the governor and Adeyemi with some other All Progressives Congress’ stakeholders in the state had concluded arrangement to ensure that he (Melaye) was arrested and detained before the elections, Punch reports.

The statement read, “The Peoples Democratic Party has called on the people of Kogi West Senatorial District and Kogi electorates to resist any attempt to rob them of their right in choosing candidates of their choice in the elections.”

According to Punch, the governor’s Director-General, Media and Publicity, Kingsley Fanwo, said it was not the governor’s responsibility to arrest offenders.

He said, “The governor is not interested in arresting anyone, not even Dino because there is no need for that.  He has lost the election because he is not campaigning since he has nothing to tell the people.”