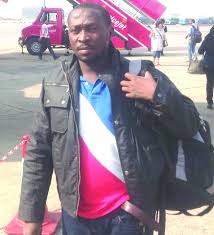 A group of public interest lawyers under the umbrella body of International Human Rights Protection Forum (IHRPF) has written the Attorney-General of the Federation and Minister of Justice, Mr. Abubakar Malami, SAN, calling for the prosecution of a journalist, Mr. Ahmad Salkida, over alleged acts of terrorism.

In the letter signed Eze Njokwu, Esq., Advocacy Officer of the group
said available statistics show that 14.8 million people in the North-Eastern part of Nigeria covering Adamawa, Gombe, Borno and Yobe States have been affected by activities of the outlawed Boko Haram terrorist group since 2009.

The lawyers in the letter dated October 3, 2020 called for the investigation of Salkida, alleging that there are instances in the past where Ahmad Salkida himself admitted that Abubakar Shekau usually shares video footages with him for scrutiny and editing before posting same to YouTube.

The group said in the petition, ”We submit that the actions of Ahmad Salkida so far coupled with the kind of inciting words he continually utters regarding national security issues are treasonable enough to warrant your office to advise the appropriate security agencies, especially Department of State Services (DSS) to jumpstart criminal proceedings against him for attempting to dislodge the legitimate government of Nigeria contrary to Section 5 of the Terrorism (Prevention) (Amendment) Act, 2013.

”In a similar vein, there is a legal duty upon the Nigerian State to protect the right to life and dignity of the over 400 displaced persons as guaranteed under Sections 33 and 34 respectively of the 1999 Constitution of the Federal Republic of Nigeria (as amended), Articles 4 and 5 of the African Charter on Human and Peoples Rights (Ratification and Enforcement) Act, Cap A9 LFN 2004 and under Articles 6 and 7 of the International Convention on Civil and Political Rights (ICCPR).

”The anguish of those displaced persons must not be allowed to continue, as the Federal Government of Nigeria is supposed to make adequate arrangements for their safe return to their original homes especially in this planting season being that majority of them are farmers.

”We maintain that unless you advise the DSS which has been excelling in leaps and bounds to urgently arrest, arraign and prosecute Ahmad Salkida in an open court Nigerians will begin to feel that he is a sacred cow who exists above the laws of our land”.

The lawyers said they are of the firm beliwf that nonone who flouts the law of the land should be spared, if the present government must succeed in leaving behind a safe country upon his exit from office in 2023.

The group urged the government to commit itself to transparency, accountability and good governance to create within citizens a sense of belonging to a nation that provides for their welfare and security as stipulated under the Constitution.

”The State is effective in leadership, if it has legitimacy and such legitimacy itself is a function of the government showing capacity to carry out its responsibility of providing for the public good. This letter gives Honourable Attorney-General of the Federation and Minister of Justice yet another opportunity to rekindle the hope of Nigerians that President Muhammadu Buhari, GCFR, in his Next Level Agenda is truly ready to guarantee maximum security for the entire country.

”We demand therefore, that your office should within the next 7 working days from the date hereof initiate necessary communication with the DSS and other relevant security agencies saddled with the responsibility of handling terrorism issues pursuant to Sections 1, 4 and 5 of the Terrorism (Prevention) (Amendment) Act, 2013. Our expectation is that you will not leave us and other Nigerians in the dark but make public statement before expiration of the above ultimatum about the arrest of Ahmad Salkida as well as his subsequent arraignment and prosecution in open court like other Boko Haram suspects”, the group said.