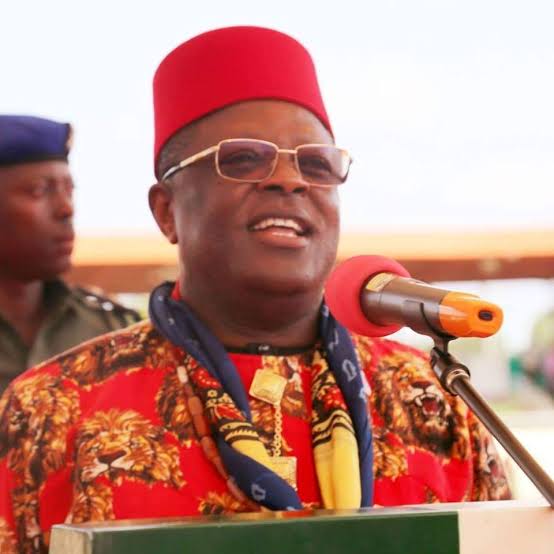 A family of six based in Abakaliki has cried out over the seizure of their farmland allegedly on the orders of Governor Dave Umahi of Ebonyi state without any form of agreement or compensation from the state government, even as he alleged harassment by the same government.

Head of the family, Mr. Nwantinti Christopher Eze in suit No FHC/A1/CS/82/19 filed at the Federal High Court Abakaliki against the seizure of their ancestral land claimed that they have not only been harassed but received death threats by unknown persons who are uncomfortable with their position.

The family through their counsel, Mr Gerald U. Abonyi, in a statement made available in Abuja Monday, argued that the decision by the state government ran contrary to the provision of land use Act which provides for compensation in event of acquisition of Land for public interest.

The statement said: “Our attention has been drawn to the continuous attack and physical assaults been meted out to the applicants (residents) in the suit and members of their family by the Agents, Assigns and Representatives of Gov. Dave Umahi of Ebonyi.

“The reason is only the fact that they filed actions at the Federal High Court Abakaliki, complaining about their imminent extinction and destructions of properties and farmland without any form of agreement or compensation from the State Government.

“It is taken as trite that the Land Use Act makes provision for compensation in event of acquisition of Land for public interest and our Clients have neither taken the law into their hands but filed actions in court seeking Justiciable remedy.

“The current situation in Ebonyi State remains critical as the applicants in the afore referred case are been haunted, harassed with the employ and deployment of armed thugs who in one instance threatened to burn down the entire house of Eze.”

According to the statement, armed thugs also threaten to kill all the occupants therein.

“We concede that the airport project in Ebonyi State is a laudable project but also one that shall also benefit the living.

“Being a matter now subjudice as in above, we insist that the rule of law must respected by Ebonyi Government and its assigns and agents while we await the just decision of the court,” the residents quoted as saying in the statement.

When contacted for reaction, the Ebonyi state commissioner for information, Uchenna Orji, however faulted the claim by the family arguing they lacked the moral latitude to demand compensation for the land.

Orji insist the family is making an issue out of the land “where there is no case.”

He noted: “The people within the place did (gave) it consensually even without the prompting of government through the traditional leadership. The airport when constructed will be one of the best in Nigeria. It is going to be an international airport. It will create jobs,” he said.