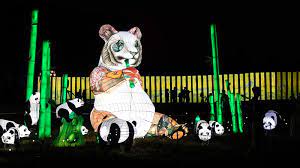 China, enhancing the construction and coordination of its medical resources, has taken a series of detailed measures to protect its people’s lives and health to the fullest extent.
The country has converted nucleic acid testing booths into temporary “fever clinics” and launched expansion programs for first-aid centers. It has mobilized hundreds of key enterprises to keep improving the production and supply of major medical materials and guided them to precisely distribute the materials in accordance with infection peaks in different regions. It has also worked to guarantee the prevention and control needs of key regions and high-risk groups.
China has adapted its prevention and control protocols to the evolving situation, coordinated COVID-19 response and economic development in a science-based manner, and shifted its focus from preventing infections to ensuring people’s health and preventing critical cases. The adjustment is scientific, timely and necessary.
However, some media outlets in the West, turning a blind eye to the facts and ignoring science, viciously defamed the adjustment in China’s COVID-19 response, which completely deviates from the professional ethics of journalism and has no credibility at all.
COVID-19 is a major test for every country. Since its outbreak, China has always followed the principle of putting people and their lives above everything. It has gathered all available resources to protect the life and health of every Chinese citizen, withstanding rounds of resurgences and successfully getting over the toughest time.
The country has issued nine editions of prevention and control plans and diagnosis and treatment plans, which has helped it avoid the widespread infections of the original strain and the Delta variant that are relatively more pathogenic than the other variants.
As a result, the numbers of critical cases and deaths have been significantly reduced, and the country has won valuable time in vaccination and medicine development, as well as the preparation of medical resources.
China has kept its COVID-19 severe cases and death rates among the lowest in the world. Despite the pandemic, average life expectancy in China went up from 77.3 to 78.2 years. Even when the global Human Development Index dropped for two years straight, China went up six places on the Index.
The optimization of China’s COVID-19 prevention and control measures mirrors the country’s scientific and practical attitude.
At present, the virulence and pathogenicity of the Omicron variant have significantly declined, and China is continuously improving its capability in terms of medical treatment, pathogen detection and vaccination.
It was under such a background that China optimized its prevention and control measures and downgraded its management of COVID-19 from Class A to Class B.
The optimization came in time and is of great necessity. It is a strategic and visionary move to coordinate the COVID-19 response and the development of the economy and society at a higher efficiency, and to protect the fundamental interests of the people.
Every country needs to go through an adaptation period when adjusting the COVID-19 prevention and control measures, and China is no exception.
Under the joint efforts of all relevant parties, China’s COVID-19 situation is within expectations and controllable. Local authorities and relevant departments are working actively to expand medical resources, establish a hierarchical diagnosis and treatment system, improve the supply of medicines, and gather all resources to protect high-risk groups such as seniors with underlying diseases, women in maternity and children.
International personages that are objective and impartial believe that China has gained enough experiences and is well-prepared for the COVID-19 response. They said the country is capable of ensuring a smooth transition.
Facts have proved that China’s optimization in its COVID-19 response measures is by no means “lying flat.” Those who have “laid flat” are exactly some Western countries that enjoy abundant medical resources.
These Western countries had already succumbed to the virus. They prematurely removed the face mask mandate, stopped quarantining the infected and abandoned the tracking of close contacts. They failed to formulate solutions to the social problems caused by the wide spread of the virus, which finally led to the loss of lives and health of the people.
According to a report issued by the Centers for Disease Control and Prevention of the U.S., the life expectancy of Americans dropped for the second year in a row in 2021, declining nearly a year from 2020 to 2021. The decline in life expectancy was attributed primarily to mortality from COVID-19, the report said.
Surrendering itself to COVID-19, the U.S. has triggered a trauma that’s almost incurable to its society. Over a million Americans died because of the virus, which exposed the systemic flaws of the U.S. government in responding to public health crises.
By defaming China’s optimization in COVID-19 response measures, some Western media laid bare their deep-rooted political prejudices. Over the past three years, they ignored China’s achievements in pandemic control and attacked every single control policy released by China.
From smearing China on the COVID-19 origin tracing to fabricating the so-called “lab leak” rumor, and to pointing fingers at China’s optimization in control measures, they have made the pandemic response an ideological issue. They are addicted to putting politics first and following double standards, which has severely damaged the global unity in fighting COVID-19.
China has always put people and their lives first. It is sincerely protecting the health and well-being of the Chinese people and assisting the international community to fight COVID-19. With the solidarity of over 1.4 billion Chinese people and the support of an increasingly strong national strength, China and its people will finally secure a victory over the virus.
(Zhong Sheng is a pen name often used by People’s Daily to express its views on foreign policy and international affairs.)

Openness an intrinsic path toward global prosperity and development