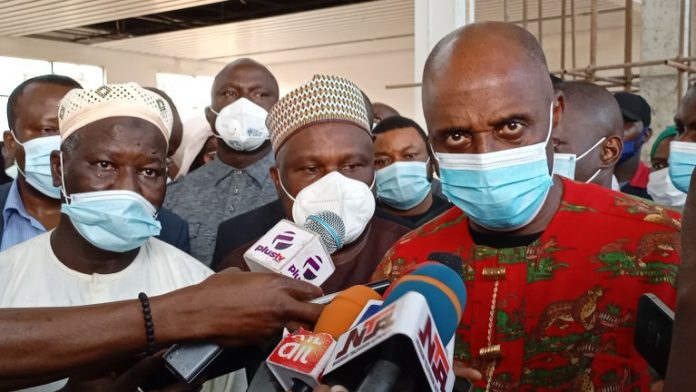 Minister of Transportation, Chibuike Amaechi has apologized to Nigerians over the faulty locomotive on the Abuja-Kaduna rail line.

The Minister who expressed worry over the incident, stated that the locomotives are brand new and the Ministry may be forced to bring back the old locomotives.

Recall that on November 20, 2020, a locomotive on the Abuja-Kaduna line broke down along the route, due to ‘failed locomotive turbocharger’ which left passengers stranded.

Amaechi while briefing Journalists after inspecting stations on the Lagos-Ibadan rail corridor, Monday, said, “The locomotives are under warranty. We have called the Chinese to come back for the locomotives that are bad or have failed more than two or three times.

“On behalf of the government and on behalf of the ministry and Nigeria Railway Corporation(NRC), we apologize to Nigerians and we have told NRC to either fix it or get the Chinese to fix it.

“And if that is happening, then they should bring back the old locomotives. It may therefore affect the number of times we are able to run because we just brought those locomotives to increase passenger services.

“This is a new locomotive that has gone bad; even if we have the expertise to repair it and we do have this expertise, the truth is that NRC has sent Engineers to fix it, but we should be worried that brand new locomotives that we bought failed.

“We are saying this is brand new, it should not fail by now, it should be failing after 3 to 5 years. There is a warranty and we have to call them back”, he emphasized.

Recall that the Managing Director of Nigerian Railway Corporation (NRC), Engr. Fidet Okhiria had on Saturday in the same vein, apologised to passengers that boarded the Abuja-Kaduna train which broke down due to faulty locomotives along the route.

He pledged NRC’s commitment to ensure that no recurrence of such incidents in the future.

Meanwhile, the Minister urged the contractor, China Civil Engineering Construction Corporation (CCECC) to increase the pace of work on the stations along the Lagos-Ibadan rail corridor so that by his next visit, there will be huge improvements.

For his part, the Managing Director, NRC, Mr. Fidet Okhiria expressed hopes that commercial operations should start running on the Lagos-Ibadan rail line by December 7, 2020.

“We should start running the first commercial train and we are meeting with the contractors and they have assured me”, he noted.