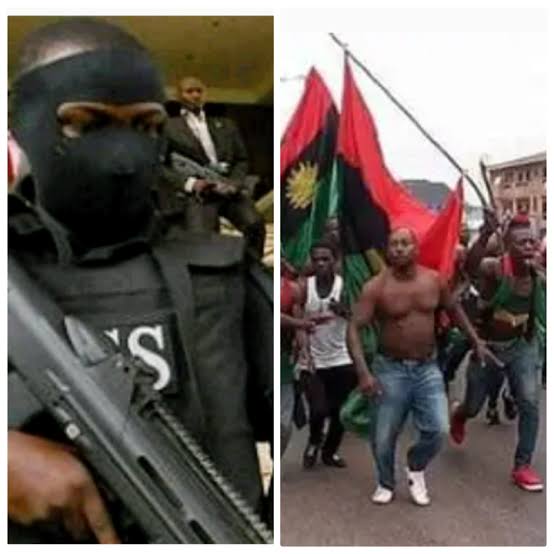 The Igbos in Nigeria Movement (INM) has condemned the killing of soldiers and the growing spate of violence associated with the Indigenous Peoples of Biafra (IPOB).

In a statement signed by its President, Mazi Ifeanyi Igwe, on Thursday, the INM said the escalation of violence by IPOB is unacceptable.

Recall that members of the proscribed group attacked unsuspecting soldiers of the 144 Brigade of the Nigerian Army, Asa, Abia State, on Wednesday, killing two and injuring many.

This comes barely two weeks after similar assault on Police officers in Enugu.

In reaction, the INM distanced itself from these attacks and urged other Igbos to do likewise.

According to the group, this act of terror is a dangerous acceleration of the reversal of the fortunes of Igboland, which is currently the most peaceful geo-political zone of Nigeria.

“Igbos in Nigeria Movement (INM) strongly condemns the attack by gunmen, which lead to the death of two soldiers of the 144 Brigade of the Nigerian Army, Asa, Abia state. The attack, which also injured other soldiers, is an unwarranted provocation by the Indigenous People of Biafra (IPOB). The escalation of violence by IPOB is unacceptable,” the statement said.

“It is on record that IPOB vowed revenge against law enforcement agencies in the aftermath of its August 24, 2020 bloody clash with the DSS and the Police. Even though the group has cowardly not come out to claim responsibility, It is repulsive that they decided to launch their attack first in a state that is not the scene of their previous clash and secondly against the personnel of an institution that is not responsible for whatever these terrorists are angry about.

“This attack, masterminded by IPOB, should be condemned by all peace loving Igbo and entire Nigerians, especially since it is coming after an attack on Policemen at checkpoint by fifteen gunmen from the same group in Abia State.

“Nigerians should especially be concerned by IPOB’s quest to increase its arsenal as confirmed by the theft of the deceased soldiers’ weapons. The modus operandi is consistent with the threats made from pro-IPOB social media accounts online where IPOB members vowed to build their war arsenal from the weapons they will take from government forces”.

The Igbos in Nigeria Movement urged “elders and leaders to call IPOB, Nnamdi Kanu, Emma Powerful and their terrorist members to order before the group’s growing violence turns into a conflagration”.

It, however, appealed to the Nigerian Army not to abandon the region in spite of this recent provocations as that will translate into falling for the trick of IPOB.

“We therefore call on our elders and leaders to call IPOB, Nnamdi Kanu, Emma Powerful and their terrorist members to order before the group’s growing violence turns into a conflagration in the south east. Our region, owing to its dense population and highly built up nature cannot survive the kind attacks that those in the desert, creeks and forests unleash on their own homelands in the name of being terrorist,” the statement added.

“INM warns that Igbos should not be misled by the utopic dream of sending the Nigerian Army out of the south-east since this would be suicidal. It is the series of the military operations put up by the Army that freed the south-east from the grip of kidnappers. This is even as the military operations were bundled with free medical outreaches that have brought succor to communities.

“We appeal to the Nigerian Army not to abandon the south-east in spite of this recent provocations since that will translate into falling for the trick of IPOB, which wants the military to leave the geo-political zone so that it can again resume terrorizing the people. The last quarter of the year that used to be characterized by the kidnapping of Igbo sons and daughters is here and the presence of the Army is key to keeping people safe.

“The international community, including NGOs like Amnesty International and InterSociety are urged to note the terrorist acts being committed by IPOB so that they will not accuse security and law enforcement agencies of being high handed when they conduct clearance operations to rid Igboland of terrorists”.