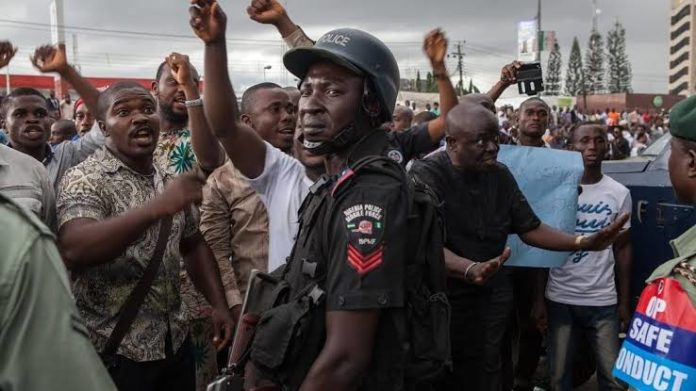 An on-going stakeholders’ meeting in Lokoja, Kogi State capital, has been disrupted by suspected political thugs.

The meeting — the second in the series — had in attendance the Inspector General of Police Mohammed Adamu, and National Chairman, Independent National Electoral Commission, Prof. Mahmood Yakubu.

The security personnel tried to prevail on her to go back — a plea which she rejected, saying she was duly invited for the meeting.

It was at this point that the Police released tear gas to disperse the surging crowed, while all those at the high table, including the Inspector General of Police and INEC chairman, ran for cover.

The Chairman of SDP, Mouktar Atimah, was manhandled and beaten up while trying to mediate.

Speaking shortly after the incident, Atimah said what happened showed “the extent to which our society had got rotten.”

He appeared too weak to talk extensively when our Correspondent sought to speak with him. – PUNCH