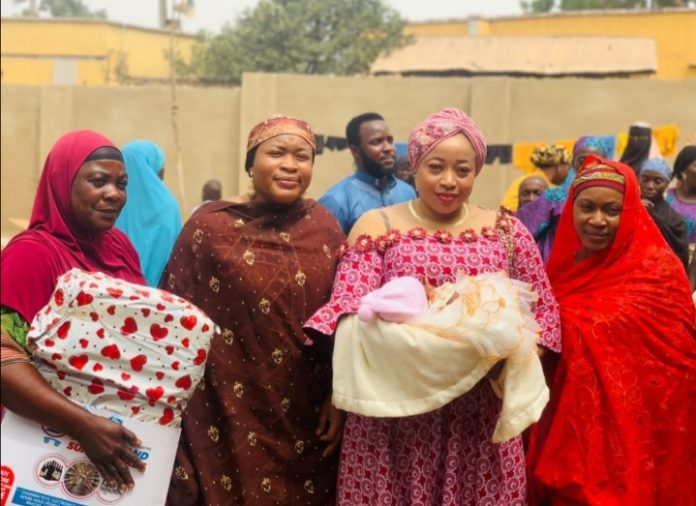 It was a gathering of political bigwigs at the home of Kogi State Commissioner of Solid Minerals, Hon Abubakar Bashir Gegu who Tuesday named his newly born baby girl after the late mother of Governor Yahaya Adoza Bello.

Prominent among the crowd of politicians and well wishers is the Coordinator of Secretaries of Local Governments of Kogi State, Ms Joy Ojoma Odaudu who extolled the commissioner’s love for the governor by naming the daughter Nana Hauwa Oziohu.

She described Hon Gegu as a great and loyal member of the Governor Bello’s cabinet and has exhibited such by immortalizing the very great woman who gave birth to the governor. She wished the new baby a live that is that extraordinary and long.

Also present at the occasion is the Chief Security Officer to the governor, Alhaji Abdulmalik Suleiman who represented the governor.

Executive Chairmen of both Kogi and Lokoja local government areas were also present among many others.