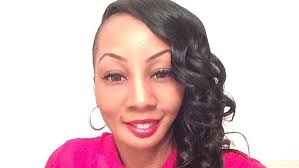 A Nigeria actress identified as Deborah Oguntoyinbo, has been arrested in Canada for fraud related crimes.

Legit.ng reported that Oguntoyinbo was arrested when she tried to flee a condo she rented with the proceeds of fraud.

The 26 year old lady who claims to be an actress stole over 20 people identities in Toronto for two years.

It was discovered that she used the proceeds to purchase luxury items and she tried to flee a condo in Toronto which she had paid for with the proceeds of fraud.