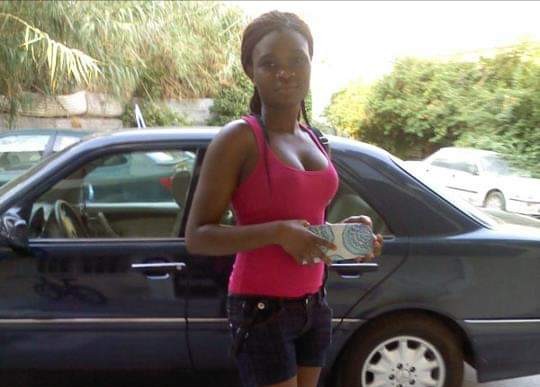 21-year-old girl, Iziegbe Legemah.who was alleged to be having a homosexual affair has disappeared from her community having been reportedly declared wanted by youths and one of the Nigerian security outfits.

Iziegbe who hailed from Edo state, escaped lynching, and jungle justice arising from the fact people living in her community were aggressively hostile to lesbians, homosexuals.

Investigations by our correspondent revealed that she was luring fellow friends into lesbianism, a development which even her own parents frowned at. It was also gathered that the parents were ready to disown her due to their position in the Church and was already making plans for the authorities to arrest.

However, our findings said it was the community youth’s planned attack on Iziegbe that led to her disappearance from her family house and the community. She also feared that security operatives will ruthlessly deal with her going by the fact that lesbianism is considered a taboo and abomination by every tribe and ethnic group in Nigeria.

Sources close to Iziegbe said she was last seen in a suburb in Benin City, Nigeria in 2008 when she was trying to escape the wrath of the youths.

Accordingly, gay-related activities is generally considered a taboo, as most communities ‎especially in South-Southern part of Nigeria would prefer lynching the perpetrators to death, even before the law takes its course.

Since 2008, Iziegbe’s whereabouts remains unknown while the youths of her community are said to have resolved to attack her anytime seen around for desecrating their land by being a lesbian.