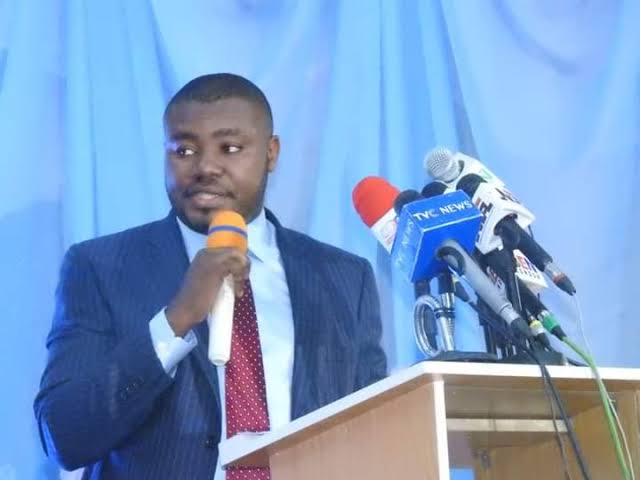 A United Kingdom based Human Rights Activist, Phillip Agbese has commended the administration of President Muhammadu Buhari for taking a tough stance against violent-extremism in the country.

The Middlesex University trained human rights laws expert and publisher spoke with a group of journalists at the Murtalal Muhammad International Airport, Lagos on the state of affairs in the country.

Mr. Agbese stated that the administration of President Muhammadu Buhari has indeed risen to the occasion by the introduction of policies and actions geared towards arresting the menace of violent extremism through coordinated positive actions by state actors.

“In Nigeria, it is a fact that various organizations hide under different nomenclature to promote violent extremism, and this has not done the country any good from time immemorial. The perpetrators of these acts know fully well that these are not only un-Islamic but also a crime against God and humanity.”

He further stated that the efforts of the Muhammadu Buhari’s administration are indeed commendable. However, a lot more still needs to be done to nip completely in the bud the menace of violent extremism in the country.

According to him, violent extremism has nothing to do with any particular religion but evil by those that are not comfortable with the unity and peace of Nigeria and making efforts to destabilize the country.

“ The present administration has indeed displayed a high commitment to addressing violent-extremism in the country through several laudable initiatives, positive actions paramount of which is the sensitization that violent- extremism has no place in religion whether Islam or Christianity.”

Mr. Agbese also tasked the government to continue to do more to address decisively the menace of violent extremism in the country irrespective of political or ethnic affiliation of the perpetrators.

“The government should set up a mechanism that would expose those misguided elements that hide behind politics and religion to cause disaffection in the country. If this is not done, the government risk the possibility of been branded as promoters of violent extremism and other vices in the country for political reasons.”

He also heaped praises on the Nigerian Army for its commitment in the fight against terrorism and other militant acts in the country.

“The Nigerian Army has indeed displayed an extraordinary commitment to the fight against terrorism in the country. This much they have exhibited in the North-East, the North Central and other parts of the country where militant activities disrupted peace and tranquillity.”

“Those who initially thought they could frustrate the Army through negative propaganda and falsehood have been forced by the sterling leadership of the Chief of Army Staff, Lt. Gen. TY to give up their evil agenda for good of the country.”

“That Nigeria is experiencing peace and stability is a function of the numerous sacrifices of the Nigerian Army in protecting the territorial integrity at all cost, even at great discomfort to the officers, soldiers and their families. I wholeheartedly commend the leadership of the Nigerian Army and the officers and soldiers that have continued to give their best to our fatherland day and night.”

Mr. Agbese also stated that the role of Nigeria in ensuring the security of lives in the West African sub-region could not be overemphasized, hence the need for all hands to be on deck at all times.

“The role of Nigeria in critical aspects in the West African sub-region is such that if anything goes wrong in Nigeria, other West African countries are also affected. And on the area of security, Nigeria has indeed played that big brother role, courtesy of the efforts of the Nigerian Army and other sister agencies in the fight against terrorism in Nigeria and the West African Sub-region.”

He added that “It is a matter of time before the remnants of Boko Haram would be routed out of the fringes of the Lake Chad Basin region.”

He added that the current state of affairs in the north east at the moment clearly shows that the Nigerian Army leadership shares in the vision of Mr. President to enthrone total peace and tranquillity across the country.

“Mr. President and the military leadership came at a point that it was impossible for International NGOs, troops and civilians to operate anywhere in the North-East. But that has changed positively as normalcy has been fully restored and life is at its peak same way Lagosians enjoy their day to day activities, ” he added.