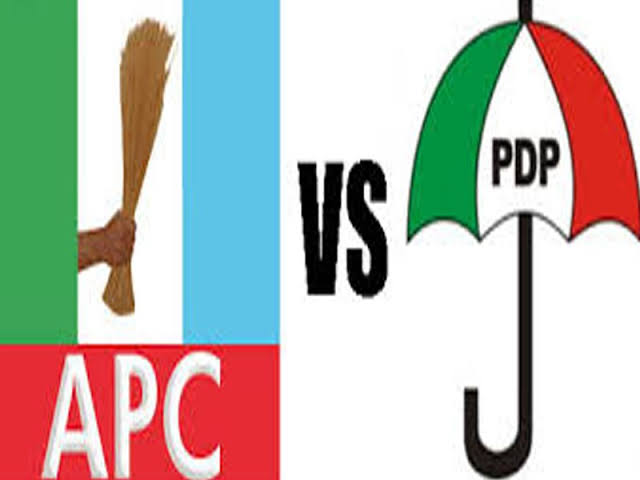 The All Progressives Congress (APC) has asked the national chairman of the Peoples Democratic Party (PDP) Prince Uche Secondus, to concentrate his energy on rescuing his party which has allegedly become “shockingly rudderless” under his watch.

The APC was reacting to the recent comments by the PDP national chairman on President Muhammadu Buhari and the All Progressives Congress (APC) decision to defend and support free, fair elections, particularly the 2019 elections as opposed to previous ones under the PDP.

In a statement signed Monday in Abuja by the Deputy National Secretary of the APC, Yekini Nabena, the ruling party said the in recent months have witnessed many PDP members resign their membership due to Secondus activities which has brought the PDP to its knees.

“The APC calls on Secondus to focus on the PDP which has become shockingly rudderless under his watch.

“Under Secondus, the PDP has never had it this bad with the opposition Party’s stakeholders detached from the party activities as was witnessed with notable PDP leaders boycotting the Party’s 2019 presidential campaigns and the recent Bayelsa State Governorship bribe-for-ticket scandal that indicted Secondus.

“Little wonder, the recent months have witnessed many PDP members resign their membership due to Secondus activities which has brought the PDP to its knees.

“The PDP under Secondus is in willful denial of the obvious that under the President Muhammadu Buhari-led APC administration, free, fair and credible elections are the new normal. Voting power is fast returning to the people and the era of stolen and procured votes is fast-fading.”

APC emphasised that President Buhari’s declaration that the APC could have used the military and other security services to overrun opposition states in the 2019 general elections but chose free, fair elections was a solid pointer and demonstration of democratic and progressive credentials.

“Why will the PDP under Secondus not support efforts to ensure the independence of our state institutions such as the Judiciary, INEC and our security services and ultimately deepen our democracy and improve our electioneering system?

“We call on progressive partisans, particularly in the PDP not to sink with the opposition party which has become clearly disillusioned under Secondus. The Governor Mai Mala Buni-led APC Caretaker/Extra-Ordinary National Convention Planning Committee (CENCPC) has created a healthy and progressive political environment in the APC and is entrenching internal democracy which is geared towards electing into public offices patriotic countrymen who will put the people first and contribute to achieving the Nigeria we all desire and deserve, a party which defends that fact that power belongs to the people and during elections, votes must count.”