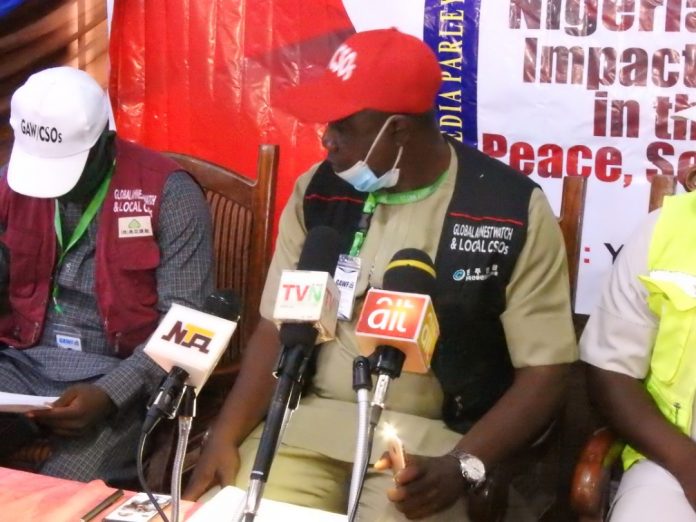 Following an assessment tour round the state, the Global Amnesty Watch has scored President Muhammadu Buhari and the Nigerian military high in their quest to rid Adamawa of Boko Haram terrorists.

In a townhall briefing on Thursday in Yola after transversing the entire state together with civil society groups, non-governmental organisations and other stakeholders, the GAW said all parts of the state have been liberated from the enclaves of the terrorists.

Adamawa was one of the worst-hit states by Boko Haram terorists during the peak of its vicious activities which left hundreds dead and thousands homeless between 2013 and 2015 .

In 2014, the militant group renamed Mubi, the second largest town in the state, Madinatul Islam – City of Islam and took full control of Michika, a trading centre not far from the Cameroon border.

However, in the last five years, the northeastern state has witnessed a dramatic turnaround and GAW said it owes it to the president and the gallant troops.

According to the groups, normalcy have been fully restored as people now live their normal lives all over the state.

” The millitary has recaptured all the local councils in the state hitherto taken by the insurgents and freed all the captives and the state has remained peaceful till date while law and order have been restored,” the groups said.

“People now live their normal lives in Mubi, Maiha, Yola, Ganye, Lamurde, Madagali etc with law and order, return of constitutional governance and healing process for those affected in the past.

” We, the members of the Civil Society Organisations took note of the prevailing inhuman conditions the people of Adamawa were being subjected to before the coming of the present administration.

” The loss in economic terms were un-quantifiable as markets and many business premises were shut down while many could not access their farmlands in the mainly agrarian setting.

” The psychological effect on citizens were also telling as the closest unit of the human society, the family, was shattered as family members ran in different directions to preserve their lives. Some are yet to be fully united till date.

“Markets and schools have now reopened and people have gone back to their farms thereby deescalating the threat to food security. The people all confirmed that the military has been of tremendous help towards achieving this.

” Many say the battle turned against the insurgents when they were made to flee their stronghold at the Sambisa Forest when the military captured the camp Zairo base.

” President Muhammadu Buhari has proven that he is a war tested General by giving the armed forces the order to relocate the operation headquarters to the theatres of war and crush the terrorists.

“We have heard how communities were liberated and set free through military engagements. We could not hold back our tears seeing how happy people are now having returned to their communities and reunited with their families”.

The GAW, Civil Society and stakeholders, however, urged the people of Adamawa to remain vigilant and continue to cooperate with the military in ensuring adequate security in the state.

It further called on state and local governments to train the youths to acquire skills that would make them productive and keep them away from crime.

” The military deserves commendation for the role it played in securing Adamawa and its people and should not relent,” the statement added.

“President Buhari has done a good job and should be commended for keeping to his promise to provide adequate security for Nigeria”.