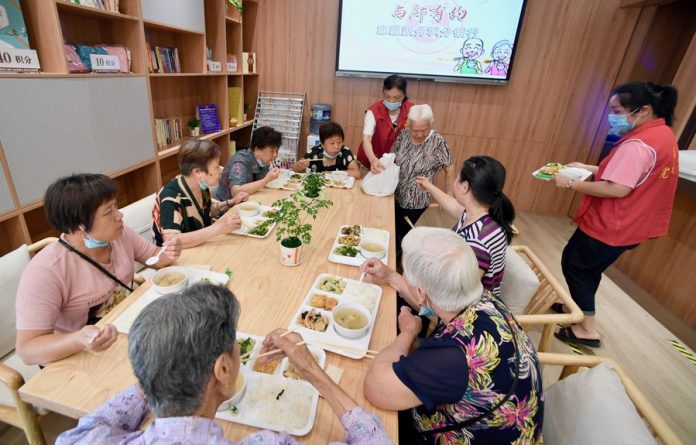 — A report examining contemporary Chinese outlook on human rights was released on Monday.

Jointly released by the China Foundation for Human Rights Development and the New China Research under Xinhua News Agency, the report said China’s outlook on human rights has been continuously enriched and improved in practice, with its own cognitive perspective and ideological connotation based on the actual conditions of the country.

It has formed a contemporary Chinese outlook on human rights with “people” as the center, “development” as the driving force and “a life of contentment” as the goal, read the report titled “For a Life of Contentment — The Rationale for China’s Human Rights Development.”

Noting that human rights protection in China means concrete actions, rather than lip service, the report said the country has made achievements step by step, raising the living standards of its people from poverty to bare subsistence, and from moderate prosperity in general to moderate prosperity in all aspects.

Embarking on a journey toward a higher goal of common prosperity, China is committed to providing a “happy and dignified life for some one-fifth of the world’s population,” said the report.

China’s novel ideas, measures and practices in terms of how to respect and protect human rights may also offer inspiration for the rest of the world, especially for developing countries, noted the report.

It attributed China’s success in promoting human rights protection to the determined leadership of the Communist Party of China, down-to-earth approach, being development-oriented, legal guidance, and open-mindedness.

China advocates enhanced exchanges and mutual learning between civilizations, addressing the “governance deficit” of human rights, promoting fairer, more equitable, reasonable and inclusive global governance of human rights, and working together to build a human community with a shared future.