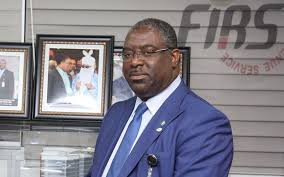 A political activist and former Deputy National Publicity Secretary of the All Progressives Congress (APC) Comrade Timi Frank, has distanced himself from the report of PRNigeria claiming that only N40 billion were stolen from the Federal Inland Revenue Service (FIRS) to prosecute 2019 election by the ruling party.

The outspoken activist said his earlier position that about N90 billion were diverted to prosecute the 2019 general election for the government of the day has not changed.

Frank demanded an apology from the authority of the FIRS for saying that he was been used to fabricate lies against the revenue generating agency, adding that he is a man of integrity.

He, however stated that the agency and the Vice President Yemi Osinbajo have explanations to make to the world regarding the missing money.

Frank in a statement made available to newsmen in Abuja on Tuesday, challenged the authority of FIRS to live up to its earlier threat of going to court as soon as possible.

Comrade Frank also accused the FIRS of brain behind the N40 billion claim in the media to divert attention from the original N90 billion claim to make his revelation appears incredible.

Frank said if the APC actually has the interest of the country at heart few elements who were not in the know of how its leadership mismanaged the taxpayers hard earned money ought to have been worried by the revelations.

“I don’t know where the report of N40 billion is coming from and I don’t actually have connection with the PRNigeria who released the report but it is incumbent on me to state categorically that my position on the stolen N90 billion has not changed.

“I have waited patiently for either of the parties involved in the swindling of Nigeria taxpayers’ money to sue me but up till now the shameless elements are still hiding under one finger.

“They threatened but could not live up to their own expectations. A media organisation were force to retract the report thinking it will ends there but so many courageous media houses and the social media ensured that the truth could not be hidden. I salute the courageous ones, even as history will never forget them in a hurry,” Frank said.

Reacting to the APC statement describing the report as hogwash, Comrade Frank said the judgement day for the ruling party is just by the conner.

“It is a shame for the leadership of the APC to speak on this matter now having kept quiet since the revelation was made. Understandably the party is the beneficiary, it must do everything possible to divert public attention,” he said.

He called on Nigerians, especially the rights groups and courageous individuals to defend Nigeria’s democracy by urgently rescue it from the handlers of the current government for the sake of innocent Nigerians.