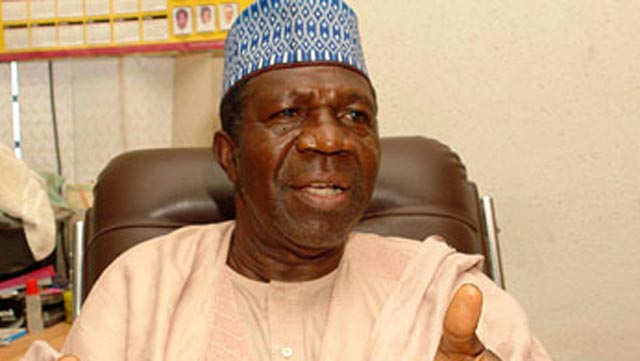 Tribute by Patriots and Friends

The demise of Abubakar Tsav has brought down the curtain on an era. It marked an end to objectivity, patriotism and unbiased criticism. An era where only one voice resonated in the country with regards to critical issues of governance.

Tsav’s death was greeted by mixed feelings; a rude shock and a consolation that he indeed lived a good and worthy life in service to humanity and the country. Just a handful of Nigerians can boast of superior accomplishments. If indeed there’s any.

His meteoric rise through the ranks of the Nigerian Police Force was an indication of his absolute commitment to the Nigerian cause and this much he exhibited in his illustrious career.

Indeed, Nigeria has lost a distinguished son, one whose commitment to the eradication of every form of social injustice cannot be overemphasized. Tsav practiced what he preached, never shy to bare his mind on burning national issues. This earned him loads of admirers.

While some called him the socio-critic, others simply perceived him to be the mouthpiece of the masses. However, to us, he was much more; that strong voice that spoke the truth at all times, even in the face of grave danger. He was a rare breed, a great loss to the good people of Benue State and the nation at large being a detribalized Nigerian who saw the nation as a project that must not fail.

The passing of Abubakar Tsav, though, brings into our consciousness the need for selflessness in our public conduct and sincerity of heart and purpose in our various endeavours. The late ex-Police Commissioner had these traits aplenty and it was not in vain as successive governments had to buckle up in that task of governance.

Even in death, Tsav cannot be silenced. His enviable legacies remain with generations yet unborn. Those lofty standards as a father, grandfather, an elder statesman and a nationalist whose views resonate across tribes and religions, however, may never be replaced.

There is no doubt that the country is in mourning on the passing of a great and illustrious son. Tsav always dreamt of a better Nigeria where every citizen would have the right to freedom of expression and the right to live. We are in mourning. We are mourning the passage of an extraordinary man and a father figure to all from various parts of Nigeria. His bowel of wisdom and his sagacity is second to none. He was fiery to injustice and insensitivity to issues of national concern. He would speak, and he would advance a cause so long it is in the overall interest of the country.

This much we appreciate and this much a vacuum his death has created. But we are consoled that all would not be in vain. His indelible footprints have been stamped in the sands of time. Abubakar Tsav might be gone, but he lives forever in our hearts.

We join millions of Nigerians in celebrating this strong voice that devoted a substantial part of his life to service of humanity. He might have gone the way of all mortals, but his ideals would continue to live with us for generations to come.

Tsav didn’t just live life; he was purposeful, exemplary and worthy of emulation by those saddled with positions of authority in Nigeria. His life and times should task those in governance to be responsive to the affairs of the people. They must lead with openness and must be ready to be held accountable for their actions and inactions.

The much-loved Tsav was a rare gem whose life story serves as a source of strength and inspiration to millions of Nigerians that it pays to stand on the side of truth.

For us, it was a life well spent. And for the family he left behind, God in his infinite mercies would continue to console them to bear this irreparable loss. We are buoyed by his life and times and wishes to state that his legacies would never be forgotten.

Continue to rest in peace the great man of peace and valour. We celebrate you despite your absence. We desire that even in death, your voice would continually be heard. Rest in peace and may Allah forgive your shortcomings.

Nigeria misses you and your legacies would continue to live forever. Adieu to the strong voice.

THE PATRIOTS AND FRIENDS OF ABUBAKAR TSAV