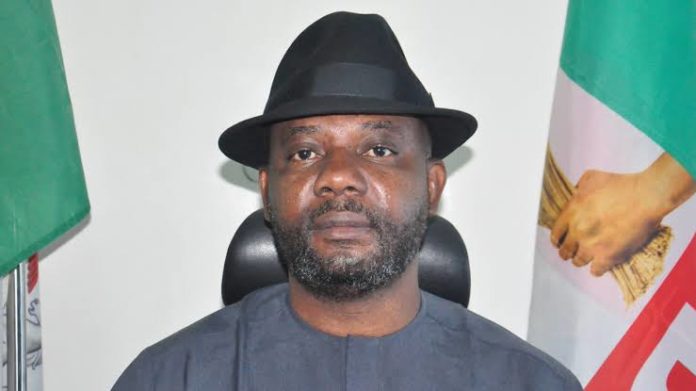 The Deputy National Publicity Secretary of the governing All Progressives Congress (APC) Mr. Yekini Nabena, said he has taken over the office of Mallam Lanre Issa-Onilu on acting capacity pending the time the later will vacate a Court order retranning him from duty.
A Sokoto High Court last week had restrained the party from appointing or electing “Mallam Lanre Issa-Onilu or any member” into its top positions except through a National Convention.
In a statement signed on Sunday in Abuja, the deputy spokesman said with understanding with Onilu he would act pending the time Mallam will sort out the court matter.
Nabena said: “APC is a law abiding party and as leaders of the party we must be seen doing the right thing at all time,  including respecting the order of the court. In lieu of this, Mallam Onilu has began the process of vacating the order of the Sokoto High Court restraining him but pending the time this will be done I will act in his position.
“Unlike the former ruling party, APC has high regard for the judiciary and we must be seen at all time practice what we preach,” Nabena stated.
The Bayelsa-born politician, however called for understanding among the APC supporters worldwide even as he urged the media and other stakeholders to cooperate with him in carrying out the assignment as usual.
He assured media representatives of prompt responses to enquiries and clarifications while creating mutual understanding between the public and the governing party.