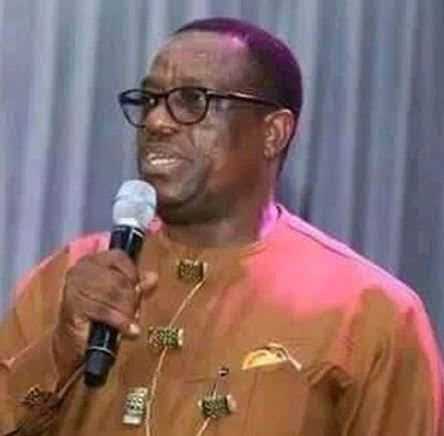 The Deputy National Secretary of the All Progressives Congress (APC), Victor Giadom, officially resigned his position in the National Working Committee (NWC) to contest as running mate to the party’s 2019 governorship candidate in Rivers State, Tonye Cole

APC’s Deputy National Publicity Secretary, Mr. Yekini Nabena made the disclosure to newsmen on Saturday in Abuja while reacting to the legality of of the National Executive Committee (NEC) meeting convened by Giadom and his purported endorsement to replace Comrade Adams Oshiomhole as National Chairman.

The APC Deputy Spokesman, who fulted Giadom’s endorsement to replace Adams Oshiomhole, described as “strange and an aberration that Giadom still attends meetings of the NWC and could call for a NEC meeting.

The Bayelsa-birn politicians called on stakeholders not to lose sight of due process and the dictates of APC’s constitution.

Nabena said: “I call on members of our party and the public to disregard the so called zonal caucus meeting which held on Thursday at the Edo State Governor’s Lodge in Abuja. The meeting was neither convened nor attended by the APC National Vice Chairman (South South), Hilliard Eta and Leader of the party in the South-South, Deputy Senate President, Ovie Omo-Agege. Hence, all decisions reached at the purported meeting is a nullity and definitely does not reflect the views and stand of the Party’s South South caucus.

“Specifically, on the purported meeting’s request that the APC National Executive Committee (NEC) confirm Victor Giadom as acting National Chairman, we cannot be taken for a ride because of the political and 2023 presidential aspirations of his (Giadom) sponsor and godfather who is attempting to control the Party’s structure.

“It should be known that Victor Giadom tendered his resignation letter to the National Working Committee (NWC) to contest the 2019 election as the Party’s Deputy Governorship candidate in Rivers State. It is strange and an aberration that he still attends meetings of the NWC, occupies the office of Deputy National Secretary and convenes a NEC meeting. In our politicking, we must not lose sight of due process and the dictates of the Party’s constitution.”

Gaidom had announced that he had taken over the running of the party following the court-ordered suspension of Adams Oshiomhole as national chairman.