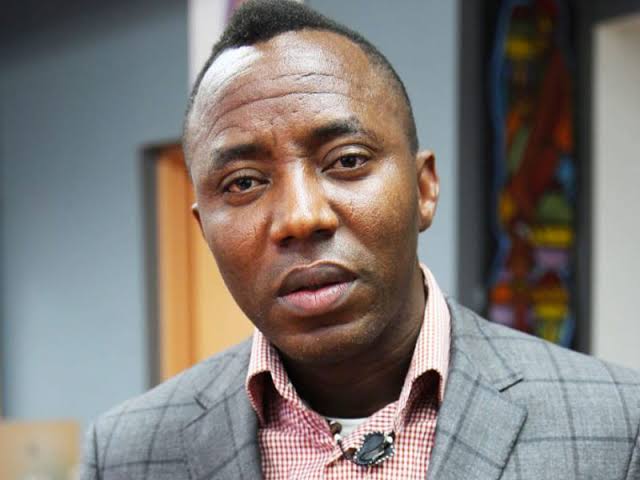 The Coalition Against Fake Activists (CAFA) has described the alarm of arrest raised by Omoyele Sowore, the Sahara Reporters publisher as a sign of “depression which could lead to suicide”.

CAFA demanded that Sowore be urgently placed under suicide watch due to the “underlying mental and psychological conditions that can no longer be ignored”.

The group said “this has become paramount following a tweet in which the ex-presidential candidate falsely accused the Defence Intelligence Agency, Police and Department of State Services (DSS) of plotting to murder him in the course of an expected arrest.”

CAFA made the allegation at a press conference delivered by Executive Director, Comrade Olarewaju Bakare, on Thursday in Abuja.

“The Coalition Against Fake Activist (CAFA) has called for the publisher of Sahara Reporters, Omoyele Sowore to be urgently placed under suicide watch following the false alarm he raised about his safety at the hands of security agencies,” Bakare said.

“His false claim that a bounty has been placed on his head is meant to make it appear as if the security agencies are after him when he reality he has been allowed such latitude. If he was not arrested for all his inciting tweets that contributed to causing chaos with the #EndSARS protests, we wonder what makes him think he was important enough to attract a bounty.

“But after a review of his accusatory tweet, we became suspicious that there might be underlying mental and psychological conditions that can no longer be ignored with the recent events and incidents around Sowore.

“The Coalition said its concern was deepened by reliable information that Sowore had plunged into depression after he was prevented from absorbing the #EndSARS Protests into his #RevolutionNow movement.

“We learnt from people close to him that he now soliloquises since the day he was stopped from wearing #RevolutionNow apparels at a #EndSARS protest, which left him feeling diminished, ridiculed and disgraced. It was mentioned that he repeatedly mutters to himself something about ‘ending it all'”.

CAFA added that, “The African Action Party (AAP) presidential candidate is also reportedly worried about his serial flouting of the bail conditions for his treason trial with fears that he returned to custody at his next trial date.

“CAFA therefore has cause to think that Sowore, as a result of his reported depression, may be plotting to commit suicide, which could then be blamed on the government or the Nigerian Military.

“While any incident of self-harm on Sowore’s part will not affect anything in Nigeria in anyway, CAFA is of the view that the rabble rousers in Nigeria should not be gifted a martyr like Sowore is attempting to do. He must therefore be immediately placed under round the clock suice watch”.

CAFA, however, appealed to the DSS, which is prosecuting him, to request the court to order a psychiatric evaluation of Sowore in order not to continue spending state’s resources in pursuing a case against someone who may y in reality only be in need of help.